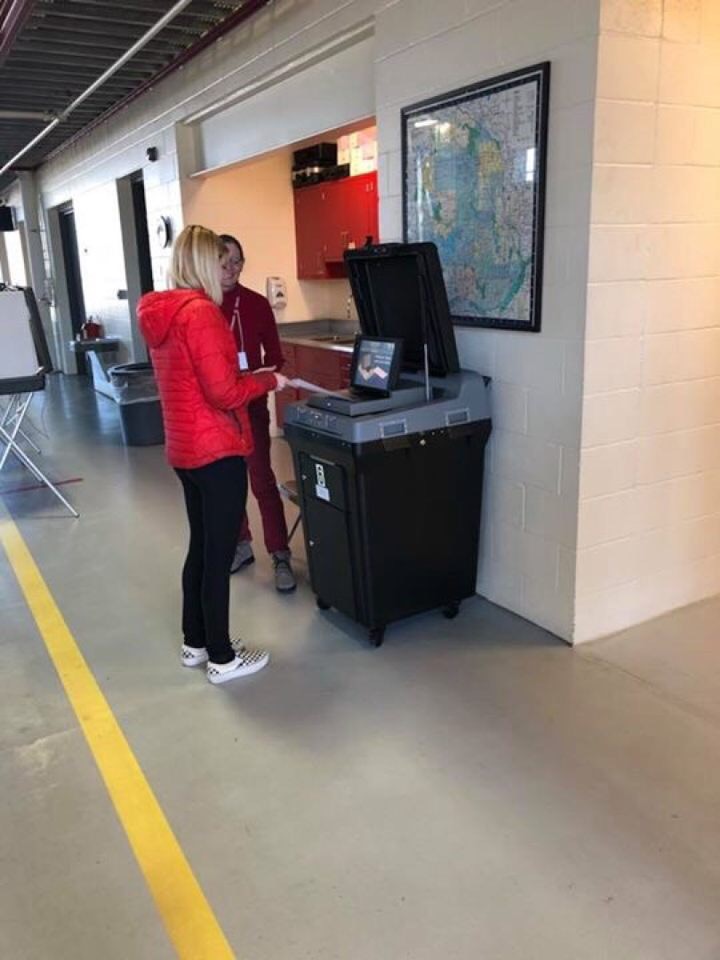 Stephany Daniels, senior, votes for the first time on Nov. 7.

As Stephany Daniels, senior, walked into her polling location, she got to experience, first hand, the privileges of being 18 years old.

On Nov. 7, Daniels and other adults over the age of 18 will have the opportunity to vote on issues within their community. Within the Hopkins School District voters will have the chance the vote for three new school board members, a mayor, city council members, and three referenda.

There are many students like Daniels that vote because they were encouraged to by adults. According to Child Trends, only 39 to 42 percent of 18-year-olds vote in non-presidential elections. Compared to the amount that registered, it is a decline.

“They don’t feel like they are affected by anything, when they really are,” Daniels said.

Unruh-Friesen believes that it is not necessarily the lack of care, but the lack of knowledge on how to become an informed voter.

Young adults in the millennials generation have a large impact on voting. According to NPR news, millennials, ages 18-35 years old, make up about 31% of the overall electorate.

“I vote because I get to help decide the direction the country goes in or my city goes in or my school district goes…and I see a lot of future voters in the students that I have in my classroom,” Unruh-Friesen said.

Molly Cummings was re-elected as mayor of Hopkins with 90.24 percent of the votes.

“For Hopkins it was a small ask and we kept the message clear between the district and the community…we live in a community that supports education,” said Luke Fredrickson, a member of the Vote Yes committee.