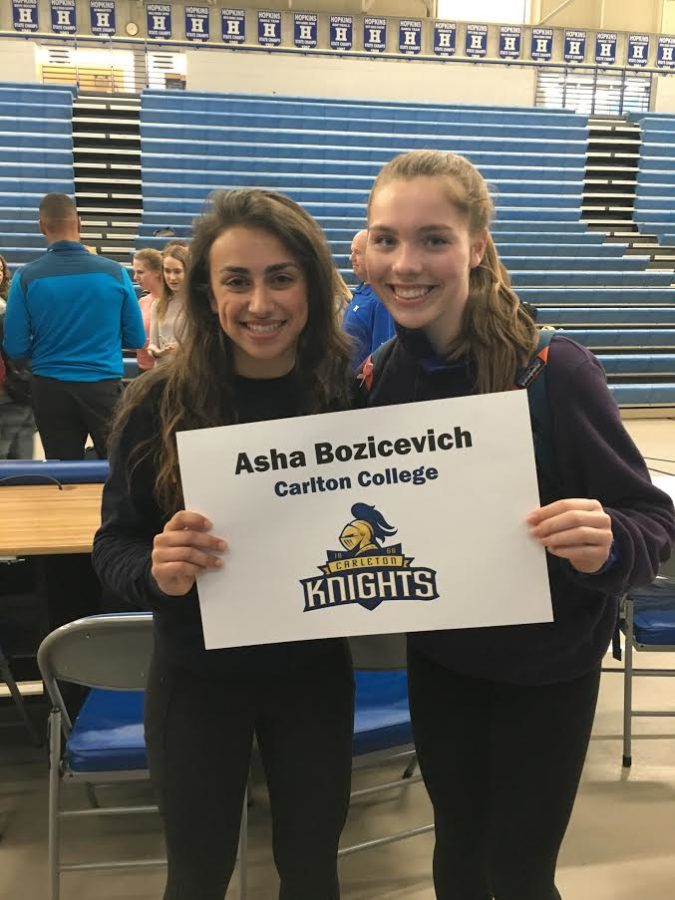 Asha Bozicevich, senior, commits to Carlton College. Bozicevich will be committing for Track and Field.

Asha Bozicevich, senior, captain for the Royals track team, is hoping her final year running as a Royal will be one to remember.

“It has been a goal since my freshman year for our 4-by-1 team to get to state, and I really think we can do it this year,” Bozicevich said. “True team state is also a huge goal because is the one time our team can all go [compete] together.

Bozicevich began running track in junior high, and quickly took a liking to the sport.

“I started track in seventh grade, and I was not much of a runner. I joined the Hopkins North Junior High track team and kind of fell in love with the people and the sport, and I’ve just loved being around it ever since,” Bozicevich said.

Being around the people has been very important for Bozicevich’s track career. Her favorite memories include simple, everyday workouts, team sleepovers, and making tie blankets with her team.

This year, Bozicevich will get her chance to give back to the sport she loves through her leadership duties as a captain.

“[Being a captain] is definitely a different role then I’ve been in before, but I love it. I love getting to try to lead the workouts. It’s super awesome though because everyone around you pushes you to be be better, so I just hope I am doing that for other people,” Bozicevich said.

Next year, Bozicevich will continue her track career at Carleton College in Northfield, MN.