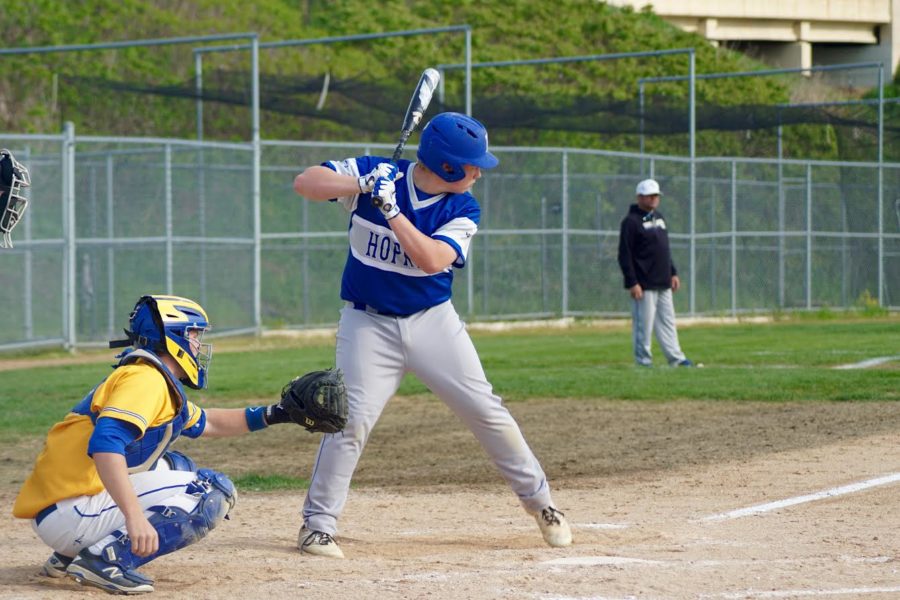 Tommy Auth, junior, has been playing baseball since he was four years old. He initially started because of his interest in the sport and his dad’s baseball background.

Auth has been on varsity since sophomore year, and plays first or third base normally. He has been working hard in the offseason in order to prepare for the spring season.

“My goal is to win our section and compete in the state tournament,” Auth said.

Besides the high school season, Auth plays for the Twin Cities Baseball Academy, a year-round club team. The team attends many out-of-state tournaments, including one in Indiana this summer.

“My favorite memory was going to Indianapolis for a week this summer and spending time with teammates,” Auth said.

As a junior, Auth is a respected player, and already has many achievements, both individually and as a team.

“[My] biggest accomplishment so far would be beating a stacked California team this fall down in Arizona,” Auth said.

As the spring season nears its beginning, Auth is confident in his ability to contribute to team success and remain a player to watch out for.

“I believe my work ethic sets me apart from other players because I’m not willing to be content with failure,” Auth said.