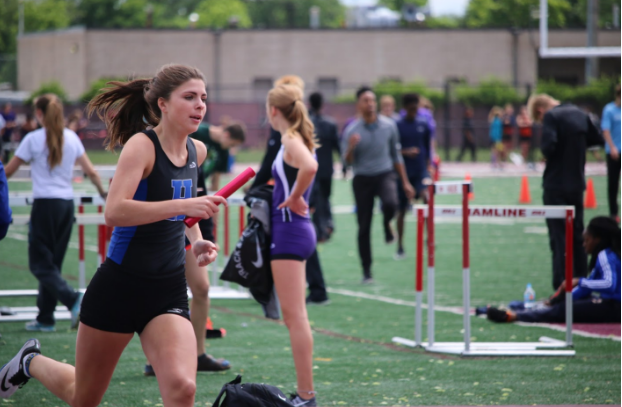 With two Olympian parents and four siblings who run, Bit Klecker, senior, has been destined to be a successful runner since a young age.

Klecker’s love for running started early, excited to follow in the footsteps of her family and accomplish her own successes.

“I love going out for runs because it lets me clear my head and think,” Klecker said. “It’s also really rewarding to accomplish my goals and running has brought me some of the best friends.”

Klecker started running cross country and track in 7th grade, and ever since then, she’s had a strong support system helping her to become a skilled athlete.

“My biggest supporters and influences would be my brother Joe, my coach Mike Harris, and all of my teammates,” Klecker said.

Klecker runs anything from the 400m to the two mile and also participates in the 4X400m and 4X800m relays. Now nearing the beginning of her senior season, Klecker is credited with lots of experience and achievements.

“My biggest accomplishment so far has been breaking 5:00 minutes in the mile,” Klecker said.

However, Klecker doesn’t intend to coast through her last season as a Royal.

“My goal this season would be to improve upon [my previous accomplishment] and break 4:55 on the mile and 11:00 on the two mile,” Klecker said.

Klecker’s motivation and passion for cross country and track will continue into her college career at the University of Minnesota.