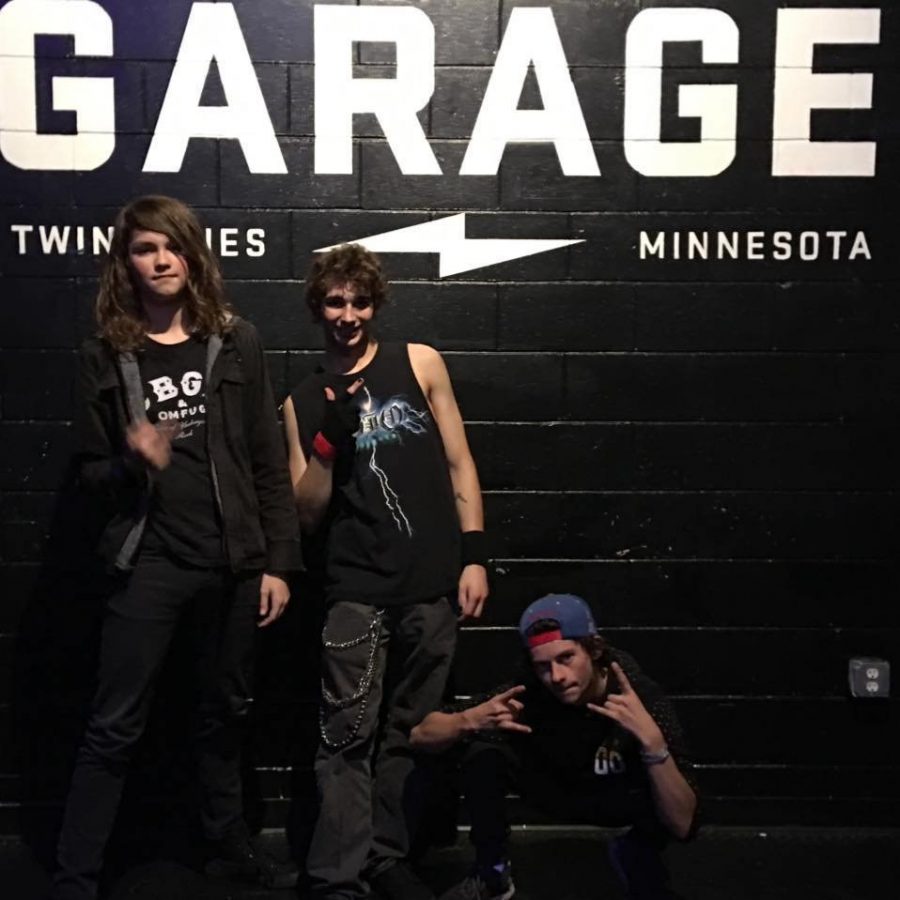 In June of 2014, Joseph Hoey, junior, moved from the United Kingdom to the United States with his father. He enrolled in the Hopkins school district, and began his life as an American teenager.

“My Dad lived here for the past 15 years, so it was always an option. England wasn’t working out, some stuff had been going on,” Hoey said.

Hoey happened upon a piece of paper, taped to the wall at the local coffee shop, The Depot, advertising a Bass position in the band Störmbreaker. Hoey has always had a passion for music and has years of experience with the bass. The opportunity was too good to pass up.

After showcasing his skills to the existing band members Hoey became an official member of Störmbreaker. Being a part of a band was childhood dream of Hoey as he grew up on Rock Music.

“All my life I have listened to and appreciated music which eventually made me want to do it myself. A lot of the bands I listen to made it seem really easy, which it isn’t,” Hoey said.

Störmbreaker has one EP out, titled “Fresh Out of the Oven” with five songs. Live Free, Death, Get Out!, Taken, and Anymore.

“Störmbreaker is Heavy Rock, basically. Some of our songs are heavier and darker than others,” Hoey said.

Störmbreaker’s album is available on Bandcamp.