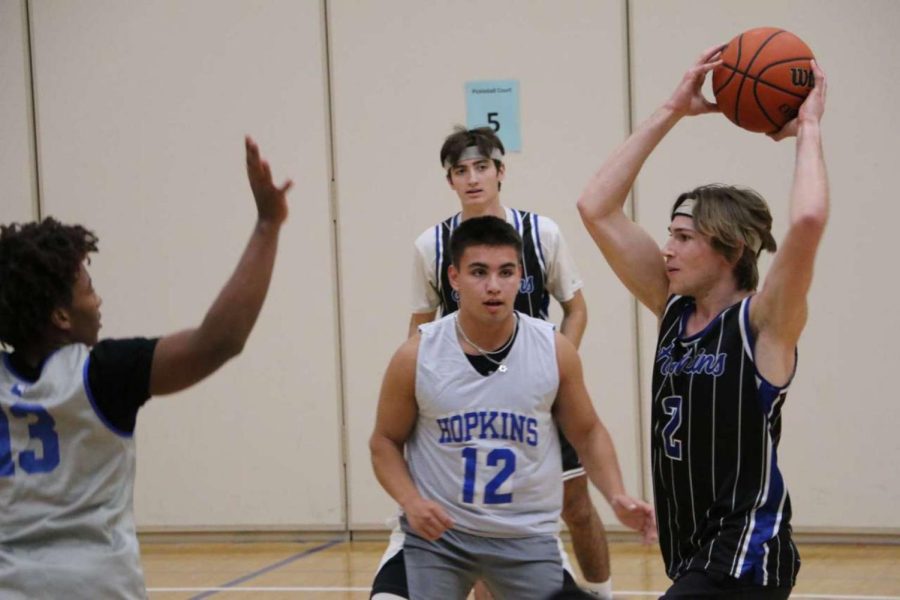 Southwest League is a recreational basketball association that students of Wayzata, Hopkins, Edina, and Minnetonka take part in. Due to the competitive nature of these schools’ varsity basketball teams, many qualified students do not get a chance to play under the bright lights. Southwest gives above average high school basketball players a chance to play in fierce, enjoyable matchups against rival schools.

Southwest not only lets high school students compete in exciting basketball games against their friends, but also builds a better community among people at the same school. Hopkins is a perfect example of the camaraderie that has been built amongst players on the same teams, and the friendly trash talk that occurs daily between players on opposing teams.

Southwest practices take place on Saturday and games are played on Sunday, which gives students a discussion topic for the entire week leading up to the eventful, basketball filled weekend. As a Southwest athlete myself, I have had my own experiences with the debate and banter leading up to a big game, and it always gives me something to look forward to once the school week wraps up.

Along with taking over discussions in classrooms and school hallways, Southwest has also taken over Instagram, the popular social media site. The account “wayzata10_7” was the inspiration for a multitude of team accounts after it. This Wayzata Southwest team, which was formed in 10th grade and stuck together until graduation, posts promotional messages for their games, roster updates and the occasional trash talk to rival Hopkins teams.

Once “wayzata10_7” gained more recognition, other teams followed in their footsteps. The social media presence of Southwest has grown to the point where it is more uncommon to not have a team account. Popular accounts on Instagram out of Hopkins include “hopkinsd1southwest”, “hopkinsjiggyfam”,“shlongkongs”, and “goonsquadsouthwest”. The original Wayzata account walked so these accounts could run, as edits, game recaps and jersey swaps – where opponents pose with each other’s jerseys at the finish of a game for a picture – are now all over social media.

If I could put everything I’ve mentioned into one sentence, I would say that Southwest is an amazing way to form friendships and is an underrated community builder. It doesn’t matter if a player has years of experience playing basketball, or if Southwest is the first time one picks up a basketball. There will always be a place in the league for anyone who would like to play. Games can get competitive, but overall the environment is very friendly, and playing basketball with friends is a great way to spend part of the weekend and a good distraction many may need from school. I would encourage anyone who does not currently participate in the league to give it a try next year.

Two games into the season, many Hopkins Southwest teams have had a lot of success, while others are still trying to find their footing and get in the win column. With a long season ahead, Southwest will continue to dominate many high school sports discussions and the games will continue to grow more competitive.