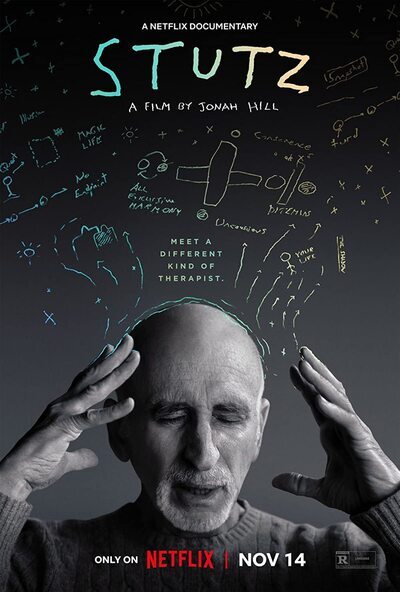 The archetypal dynamic of a therapist appointment doesn’t usually involve the patient interviewing and providing guidance to their shrink, but in Jonah Hill’s new Netflix documentary, “Stutz,” that is the exact kind of vicarious vision he aimed to achieve.

Hill produced the film to document and pay tribute to his unique and unfiltered relationship with his therapist, Phil Stutz, along with sharing insightful therapeutic tools that Stutz provides in his practice.

The film presents itself as being biographical in nature based on how the audience instantly picks up on the kind of wise, well-spoken, and humorous highlighted character Stutz is. Of course, the documentary’s title allowed us to confirm that inference further.

This documentary is set in Stutz’s office, or so we think, to mimic a therapy session where Hill tries to adapt to the therapist’s role as he asks Stutz about his personal background and advanced visions behind his teachings.

In the beginning stages of the candid conversation between the two, the audience immediately notices something off as Hill quickly shuts down Stutz whenever he is to be the one inquiring, stating, “This film isn’t about me. This film is about you”.

The harsh deflection of transactional questioning by Hill is confusing. It makes both the audience and the therapist curious as to how Stutz’s influence was to be adequately conveyed without getting any insight into his respective patient.

The first 20 minutes are composed entirely of stunning black-and-white imagery, the works of cinematographer Christopher Blauvelt. The simplistic and crisp coloring adds to the vulnerably deep intent of the shots that focus on the emotional interaction between the two, cutting back and forth between them in conversation.

Between segments of storytelling, Stutz shares his philosophies on providing practical strategies and honest advice on overcoming life’s inevitable challenges through unconventional methods. He draws small images on notecards that depict visual and interpretable techniques, which Hill displays as “topic transitions” on the screen, so detailed as to replicate Stutz’s quintessential shaky handwriting. A product of his Parkinson’s disease.

As the film progresses, Hill reveals his unhinged struggles with trying to navigate the production of the documentary, now nearly three years deep, as he expresses lying to Stutz in their personal sessions about how it was going.

His fraudulent approach to what was supposed to be a look into an authentic session needed to be fixed. At this point, the subtle black-and-white shot therapy office harshly cuts to the two sitting in front of a green screen, revealing the new reality.

With the realization that you can’t make a movie about vulnerability without being vulnerable, the documentary’s second part takes an entirely different approach as Hill opens up about struggles with depression, self-hatred, and loss, now having more intimate and transactional conversations with his therapist.

This film isn’t solely about Stutz, nor the power of therapy.

Although the documentary interchanges between storytelling and offering unique therapeutic techniques, the overarching message is not really about either of the two concepts.

By shifting the complete concept of the film to highlight the friendship between them as they relate upon their life struggles and the ways in which they overcame them, the heartwarming story leaves the audience with an overwhelming sense of gratitude that is evident in their on-screen connection.

I enjoyed the documentary and found it, for lack of a better word, touching. Not once did I lose interest in what appeared at first like a single-note one-hour and 30-minute conversation.

As much as I was intently listening and doing some internal note-taking, the special dynamic between Hill and Stutz was enough to be invested by.

I recommend watching the movie, If not once, twice. What was created as a personal project for the patient about his therapist ended up giving mass exposure to bonafide life-improving methods that all viewers could seek benefit from.