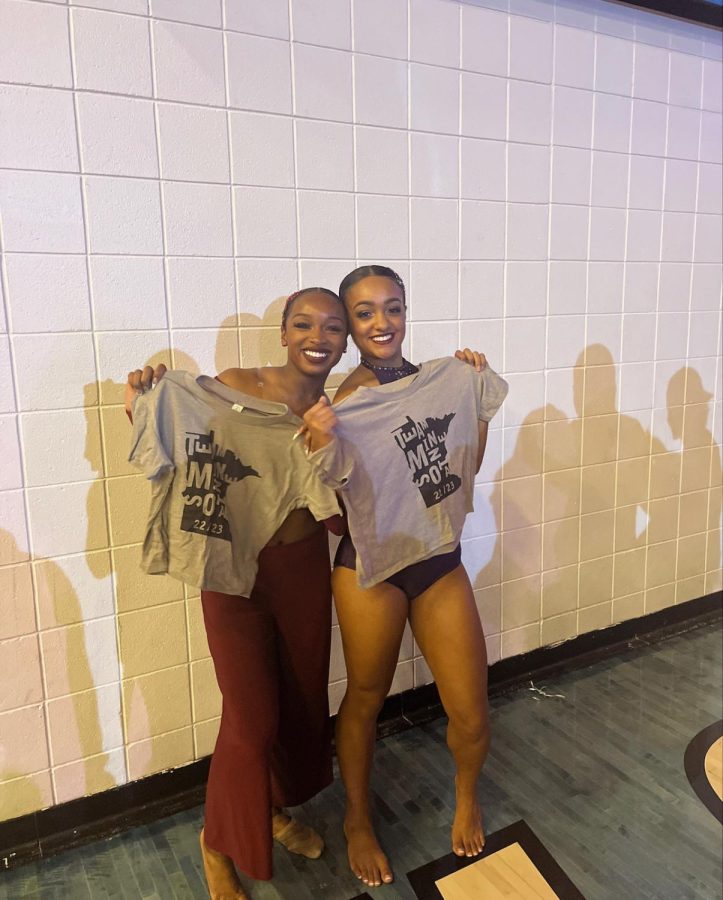 For most, the last weekend in October means Halloween celebrations, but for the dance team community in Minnesota, it marks one of the most important events for the sport, Miss Dance Team (MDT).

Hall and Mcneal, along with 45 others, competed in the junior solo division. Some consider the junior category the hardest to compete in because of the number of people and the abundance of talent.

Most who compete in MDT have a goal of dancing on a college dance team, so they participate in hopes of gaining attention from those collegiate coaches.

“I compete in MDT to get exposure and to have college recruiters to see me dance,” Hall said.

Both Hall and Mcneal began preparing for MDT in August. They learned their routines and practiced and edited them up until the competition date on October 30.

“The most difficult part is holding yourself accountable and putting in those hours of practice,” Mcneal said. “You need to understand yourself and what you are best at in order to make the perfect solo.”

Hall performed a jazz solo to “Cruel World” by Fjora. Mcneal completed a contemporary solo to “Lonely” by Noah Cyrus. Scoring for these solos are based on appearance, choreography, execution, difficulty and showmanship.

Hall placed 12th, and Mcneal placed 7th in their division. These placements earned them a spot on Team Minnesota.

Team Minnesota is comprised of the top-placing dancers in each division. In April, this team will go to California to compete at the Miss Dance Drill Team National Competition.

“It is an honor to have two of our elite dancers be selected for such a unique opportunity where they get to dance with the top dancers in Minnesota and go compete in California at the National competition,” said Marit Green, HRDT head coach.

Hopkins alumni, Payton Meuwissen, was the last dancer to represent Hopkins on Team Minnesota in 2017.

“It feels reassuring and validating to make Team Minnesota,” Hall said. “I have worked hard enough to reach my goal. I am really grateful because I competed against a lot of talented juniors who could have also been in the position that i’m in,”