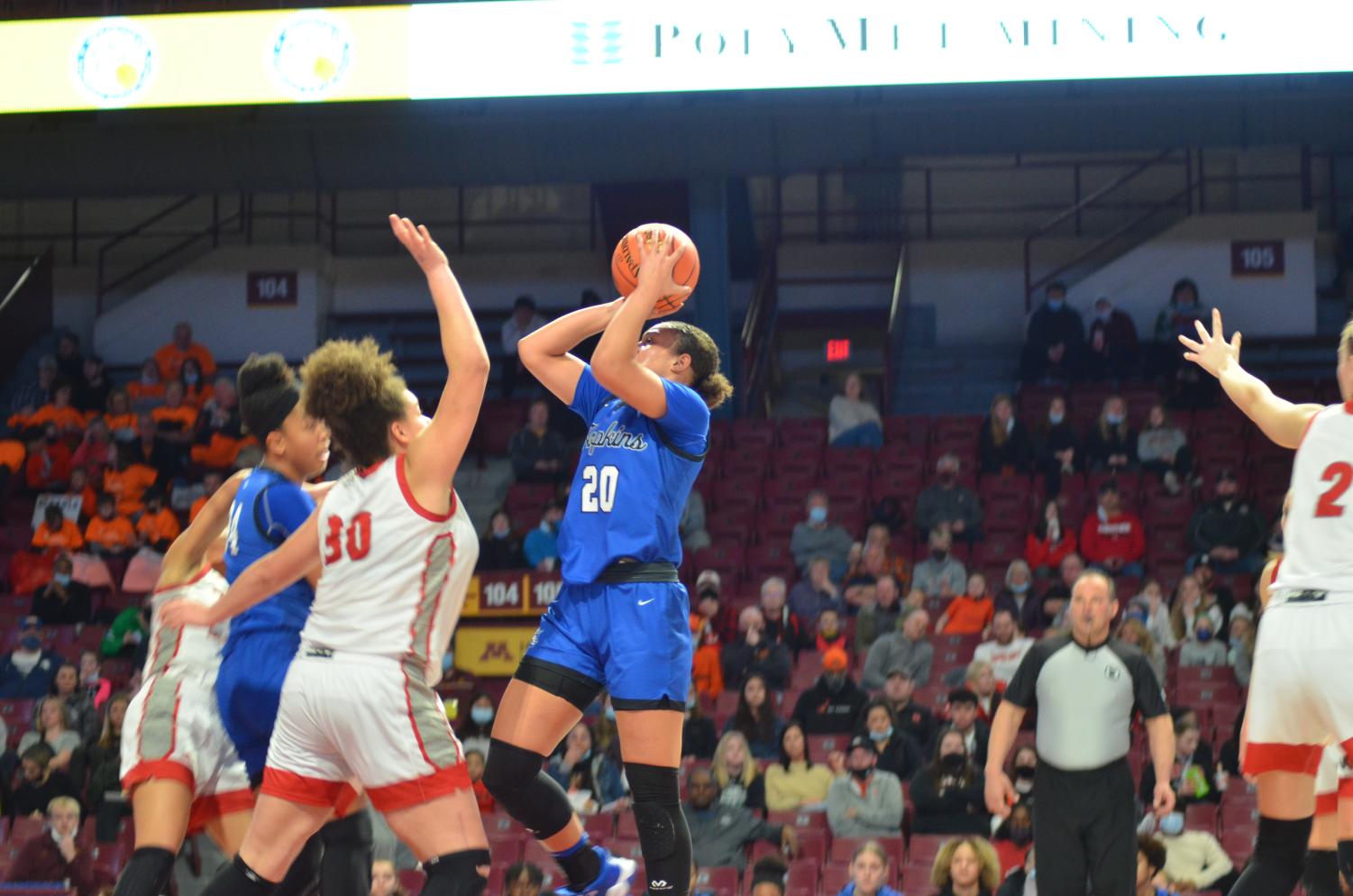 The Hopkins Girls Basketball Team concludes their 2021-2022 season with a bang taking home yet another state title. Held on March 19th at the Williams Arena, the Hopkins Royals took on St. Michael-Albertville, a lake conference rivalry that posed for quite the entertaining face-off.

HHS students of all grades filled the student section, gathering in pink-out spirit to show their pride for their beloved team and classmates.

“I can’t even describe the feeling of all the students packed into the stands, and everyone was so invested in the game and the outcome,” Thomas Kyllo, senior and leader of the Lindbergh Loonies, said. “Win or lose. I think I can speak for everyone saying we had a great time.”

Fans were eager to attend the championship game as their 26-1 record made for an anticipated turn-out. Ranked number 6 in the nation and now holding eight state titles under their name, the success of the Hopkins girls basketball program, admired by many, has cultivated a recognizable student fanbase.

It was a bittersweet ending for seniors Amaya Battle, future Minnesota gopher, and Maya Nnaji, future Arizona wildcat, who concluded their basketball careers as Hopkins royals.

“It was a dream come true to finish off my senior year as a state champion and do it alongside my sisters,” Nnaji said. “I wouldn’t have wanted to do it with any other group of girls because this group was special. We’re a family. I’ll always cherish this memory as I move on to the next chapter.”

Pulling a 72-56 win against STMA, the team’s unmatched focus and perseverance stayed consistent until the buzzer went off.

“The whole game, we were very focused and had a tunnel vision on winning,” Battle said. “After we won, it was like our mindset we’ve had all year to be focused went away and was replaced with excitement.”

The team’s success will continue to grow as talent begins young, with Nunu Agara and Taylor Woodson, juniors, and Liv Mcgill, sophomore, being star players with multiple offers each.

The excitement only increases for the next season to see Hopkins take another state title.