The fact that people of all genders continue to excuse and dismiss these types of behavior is appalling.  But there is some hope.  April is known as Sexual Assault Awareness Month, and it was first established in 2001. (Riley Jouppi)

The fact that people of all genders continue to excuse and dismiss these types of behavior is appalling.  But there is some hope.  April is known as Sexual Assault Awareness Month, and it was first established in 2001.

Warning the following article may contain words and ideas that could trigger some individuals.

No matter who you are, you knowingly or unknowingly know someone who has been sexually assaulted.

Keep in mind that the statistic doesn’t take into account the hundreds of unreported cases.

There are many reasons that people don’t report cases. Whether they are being threatened, simply don’t think they have enough evidence, can’t handle it financially, or possibly don’t remember it because they were intoxicated.

I want to focus now on the intoxication.

On March 26, 2020, the Minnesota Supreme Court unanimously ruled that a man named Francios Momolu Khalil cannot be found guilty of rape because the woman he allegedly raped got drunk voluntarily beforehand.

This alleged sexual assault happened in May 2017. The victim, a 20-year-old woman, was intoxicated and was standing outside of a Minneapolis bar when a man invited her and a friend to a party. She went with him but there was no party.

She blacked out and woke up on a couch as the man who invited her was allegedly sexually assaulting her.

Minnesota and the majority of states in the United States view and treat intoxication as a barrier to consent only if the victim became drunk against their will.

“As of 2016, intoxication provisions in 40 states did not include situations in which someone chose to consume drugs or alcohol,” according to Brooklyn Law Review.

It’s a loophole that has begun to plague how our justice system tries these cases. And it’s the same one that was taken by Khalil and his attorney. 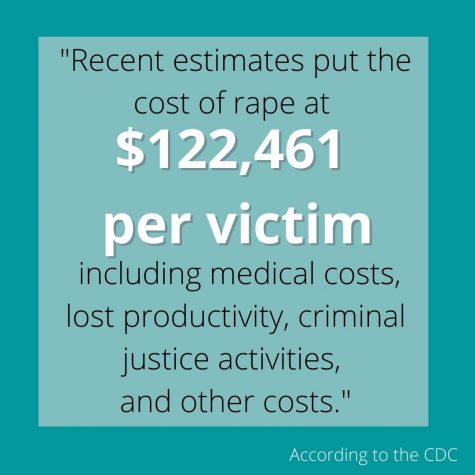 If it wasn’t for this statute, Khalil could have had his previous conviction which was third-degree criminal sexual conduct. He would possibly have spent 15 years in prison with a $30,000 fine.

Under this statute that Minnesota has in place the highest way Khalil’s case could be charged is a fifth-degree criminal sexual conduct, a gross misdemeanor.

The maximum penalty for a fifth-degree, that he likely will be receiving, is one year in prison with a $3,000 fine.

It’s much lesser sentencing compared to the trauma that the victim surely experienced.

Many victims develop serious mental health conditions such as eating disorders, extreme anxiety, PTSD, depression, and/or suicidal thoughts after they go through this experience.

While there are lots of resources such as therapy and various places for treatment, not everyone uses them because of accessibility or because of those same mental health reasons. Such as guilt, shame and fear.

The worst part is when people blame the victim and continue to establish “rape culture.”

“Rape Culture is an environment in which rape is prevalent and in which sexual violence is normalized and excused in the media and popular culture,” according to Inside Southern. “Rape culture is perpetuated through the use of misogynistic language, the objectification of women’s bodies, and the glamorization of sexual violence, thereby creating a society that disregards women’s rights and safety.”

Not only is this unnecessary but increases the mental damage done from the situation alone.

A great example of this April 24, which is now being known as “National Rape Day.” 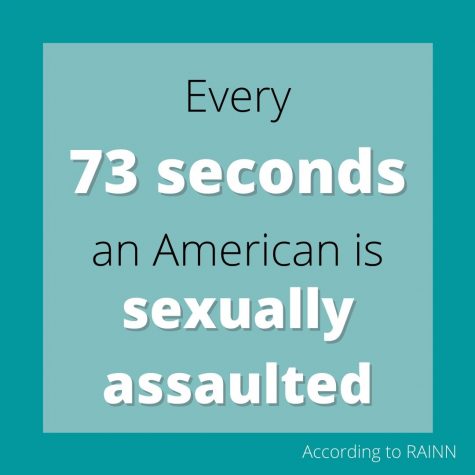 Six men recently created a TikTok video in which they encourage others to commit acts of sexual assault on April 24. Saying that this day you can get a “pass” and even offering tips to do so.

While we don’t know if they are truly going to go through with this, the damage has already been done.

People are frightful and sharing their fears. Saying things like “Don’t go outside on April 24!” or “Make sure to travel in groups!”

“Most of the discussion took place on TikTok, where  #april24 had more than 31.1 million views and more than a thousand videos at the time of publication. The vast majority of those videos contained safety warnings and condemnations of the day,” according to USA Today.

It’s actions like these that continue to perpetuate the rape culture that’s so prominent in our society today.

The fact that people of all genders continue to excuse and dismiss these types of behavior is appalling.

But there is some hope.

April is known as Sexual Assault Awareness Month, and it was first established in 2001.

HHS’s Girls United club has been doing a lot during the entire month of April in order to educate and be advocates for sexual assault awareness within HHS and our community.

“We really wanted to start with education. We spent a lot of time investigating in order to present the most accurate and helpful information,” said Linda Nyakundi, senior.

Nyakundi is the president of the HHS chapter of the Girls United club.

“We’ve spent a lot of time in our meetings, sadly on a depressing note, sharing statistics and notable stories of sexual assault,” Nyakundi said.

Throughout the month, posters containing sexual assault statistics can be seen all over by the school which were created by Girls United. Along with a place for students to put a heart up if they are or know someone who has been sexually assaulted. All in an effort to make the HHS community more aware and for victims and survivors to feel not alone.

“We wanted to focus on high school student’s stories and stats because it’s more relatable. Also if people hear about themselves or something they relate to they are more sprung to do something and help out,” Nyakundi said.

They also recently paired up with HHS for Choice for Girls United yearly discussion surrounding consent.

“HHS for Choice had a member from Planned Parenthood come in, who was a registered Sex Ed educator talk about consent. A few of our members attended and it was really impactful for them,” Nyakundi said.

When someone is sexually assaulted it doesn’t just affect the victim. The people who are supporting the victim through this sometimes don’t know what to do to help and forget to take care of themselves too. 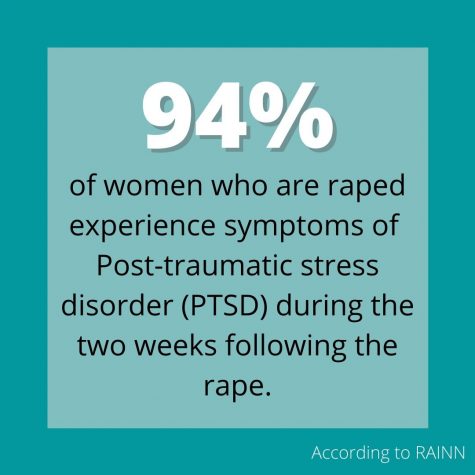 “A big thing that we’ve pushed for is self-care,” Nyakundi said. “Our last meeting we hosted it around how to take care of yourself while also taking care of someone who might’ve gone through something under the sexual assault umbrella, and how to navigate that whole situation in the most healthy way possible.”

Sexual Assault is not something easy to navigate on its own. But if a victim is placed in a society that’s plagued with rape culture with a justice system that excuses predators for their disgusting behavior and finds loopholes to blame the victim, how can we expect that victim to be okay?

Sexual Assault is not a joke, and it should never be thought as one.

To all the victims of sexual assault, we see you and please know that you are not alone.