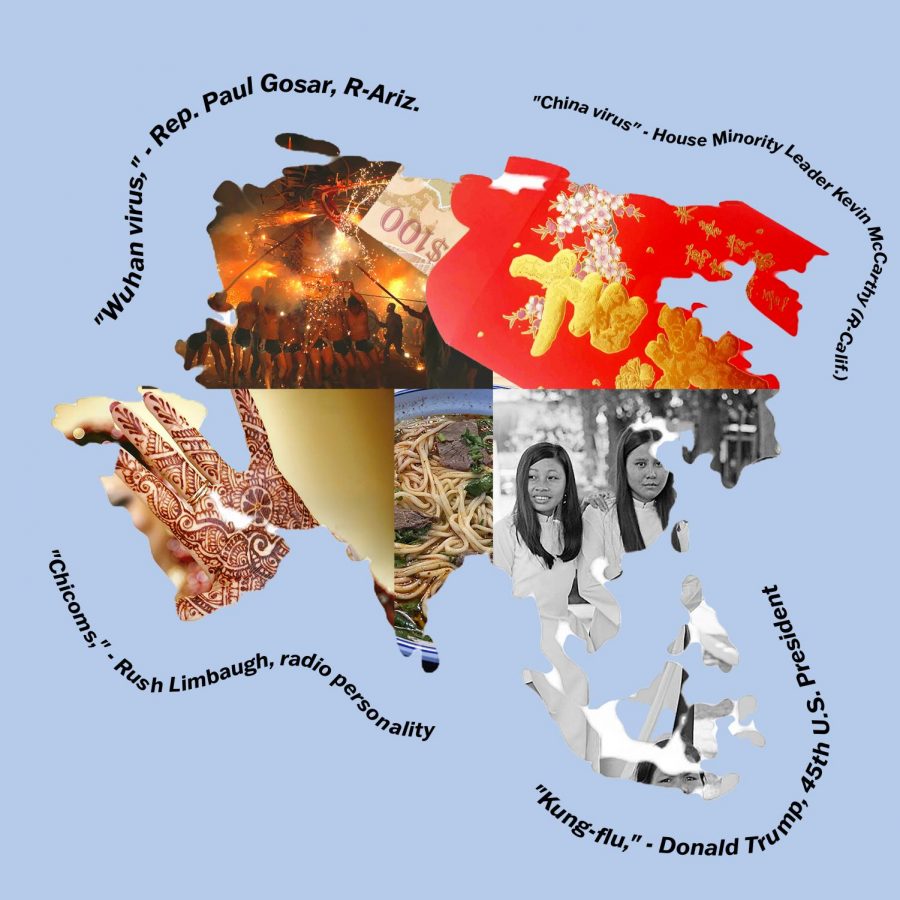 Asian culture and traditions are often overshadowed by terms like “kung flu” and “china virus” that have been popularized through widespread Anti-Asian sentiment.

Anti-Asian racism isn’t new, you just chose to ignore it

On March 16, Robert Aaron Long went to three different spas in Atlanta, Georgia and killed six Asian-American women in a spree, resulting in a total of eight people dying. He justified his attack saying he had a sexual addiction and wanted to reduce temptation. Cherokee County sheriff’s Capt. Jay Baker rationalized it as Long just having a “bad day.”

A bad day has been used as a justification for an extremely racist and misogynistic crime.

The Stop AAPI Hate National Report has stated there have been 3,795 racially motivated attacks against Asian-Americans from March 2020 to February 2021 with many going unreported. Anti-Asian ideals are not new, though. Since the arrival of Asian immigrants to the United States they were never fully accepted.

In the 1960s, sociologist William Petersen coined the term “model minority” as he used it to explain how Japanese Americans overcame racism they faced through family values and hard work. Asian-Americans became the ”ideal” minority because they kept their head down, worked hard and most of all stayed quiet.

The term model minority has been flawed since the very beginning. It gives the impression that Asians are in some way better than others and therefore don’t face racism because of their success over everyone, including white Americans.

This is exactly why it is a myth.

Along with the model minority myth there is the Yellow Peril, no matter how long one’s family has lived in the U.S., Asian-Americans are always viewed as different.

Historically, the Yellow Peril was the irrational fear of Asians due to seeing them as backwards and a danger to all. Although these ideals have never disappeared they have changed over time to the more modern Yellow Peril we see today as people perceive Asians as a threat to Western values.

With the fetishization and hyper-sexualization of Asian women, this puts them at an even higher risk of being attacked. Asian women have historically been over-sexualized and dehumanized as they have been viewed as exotic and submissive, making them victims of both racism and misogyny.

Because of these harmful stereotypes, Asian voices are ignored when speaking about experiences they’ve faced in white America. It is portrayed as complaints rather than the unfortunate truths they really are.

Media has not helped either, with their portrayal of Long Duck Dong in Sixteen Candles, or the more modern portrayal of Asian stereotypes in Mean Girls with the over-sexualized “cool Asians.” Although there have been more Asians in film recently, overall, representation of Asians as more than just stereotypes is extremely hard to find.

Terms like “kung flu” and “china virus” being so widespread now only pushes this Anti-Asian rhetoric more. With this racism being so normalized it allows many to believe they have never been racist towards their Asian peers, how could they if Asians are the rich successful doctor? This belief is where the issue lies.

Anti-Asian racism can be seen everywhere, and Hopkins is no exception. People who aren’t Asian just never choose to notice.

For me, it started with the extremely common comments about my name and the food I brought for lunch. Then it turned into people refusing to pronounce my name and those who I thought were my friends making offensive accents or pushing stereotypes onto me, but I couldn’t be upset by that because they were “only joking.” As if calling them jokes made them any less hurtful and offensive.

But I’m not the only HHS student who has encountered this.

Annie Kim, sophomore, has had similar experiences as well.

“People will always make racist comments about Asian stereotypes like asking if I eat dogs and just call it a joke,” Kim said. “I have been seriously asked if I’m related to Kim Jong-un just because I’m Korean. These types of comments or racist ‘jokes’ happen a lot especially from people I don’t even know.”

Kim also works at Target and because of this increase in hate crimes against Asians she has been moved from her position as a cashier to prevent an attack. She has had many instances where people have become threatening towards her to a point where she has questioned her safety.

“Hopkins tries to support students of color through the affinity groups, but not a lot of people go so it hasn’t been really helpful,” Kim said.

Emma Wahyu, junior, feels that HHS needs to encourage more understanding of other cultures to stop people from labeling them as the other.

“People have made backhanded comments and singled me out for being Asian,” Wahyu said. “HHS is pretty accepting, but I’m not sure if they are racially conscious about all races.”

HHS being a diverse school leads to the assumption that students don’t face racism. But diversity does not mean anti-racist.

Administration may enforce anti-racist ideals, although many students and staff don’t necessarily adhere to this. You can be a part of changing this.

Don’t let the people around you get away with making racist comments they call jokes. Hold yourself and everyone around you accountable.

Listen to people’s stories and learn. Years of acting like Asian’s are exempt from racism is extremely problematic and needs to end.

Fight against all forms of racism, not just anti-Asian. Picking and choosing what groups you fight for is inherently racist.

Acting like this is a new issue is the problem. Anti-Asian racism has always been around and ignoring will only make it worse.