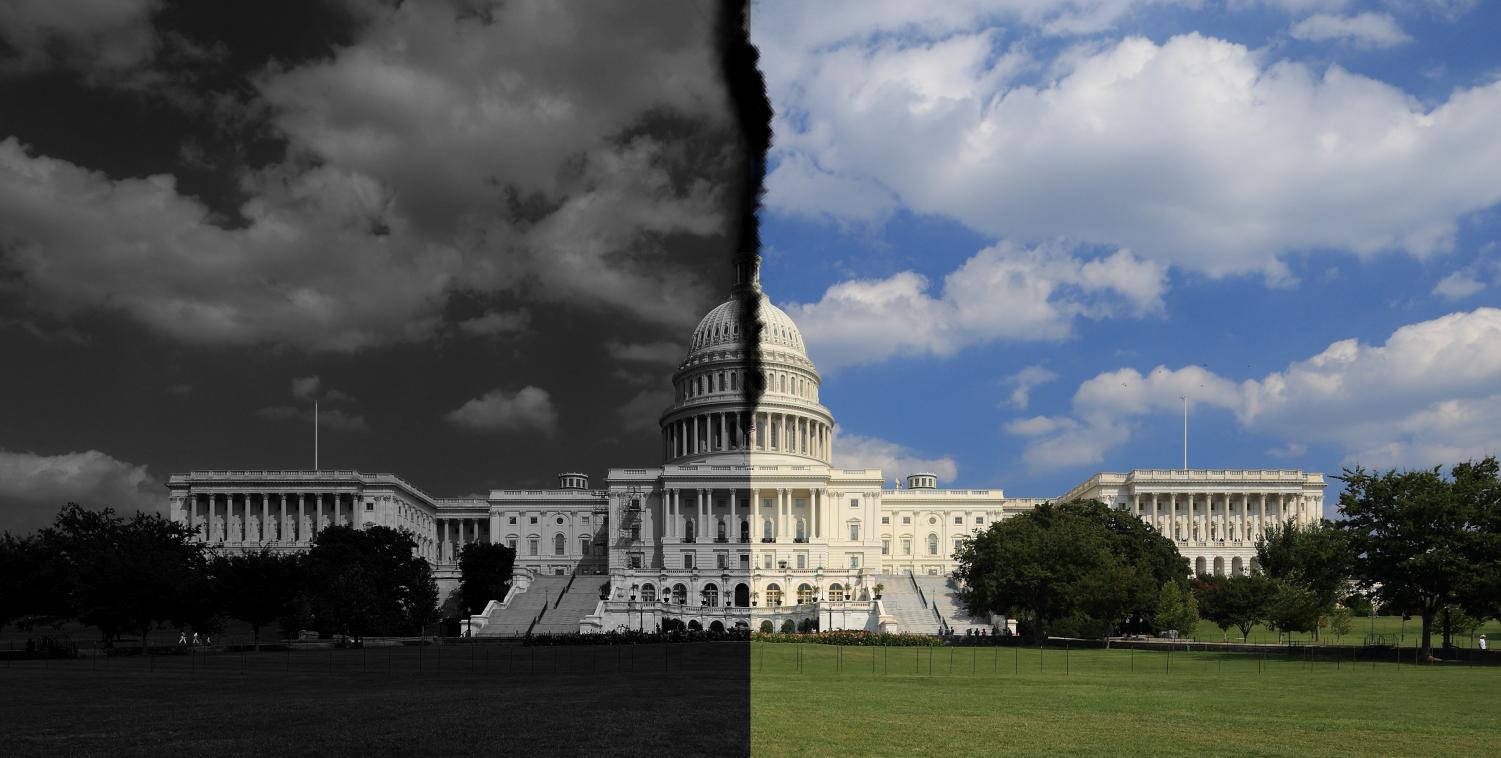 Congress was assembled to certify electoral college results, the final step in confirming President-elect Joe Biden’s victory. Typically a mundane event, the day took an unusual and deeply troubling turn when congressmen and women received a warning that the Capitol had been breached by pro-Trump protestors turned violent. (Bennie Goldfarb)

During third block, breaking news sent the United States into chaos as a mob of Trump supporters overwhelmed the Capitol.

This violence ensued shortly after Texas Senator Ted Cruz, Missouri Senator Josh Hawley and several other Republicans objected to the election results. Mitch McConnell, Senate Majority Leader, condemned Republicans’ attempt to undermine democracy, and those who continued to staunchly support the President despite any evidence.

“I was watching the joint session proceedings and was already annoyed at House and Senate Republicans for their challenge of Arizona electoral votes,” said Elliot Berman, senior. “Following the recess in the joint session, they called for a point of order saying, ‘The Capitol had been breached.’ Immediately I went to Twitter and saw the chaos.”

“I texted my sister and she was safe at home, but her SO [significant other] was on lockdown in the Capitol,” Berman said. “Ever since I’ve been glued to both Twitter and news channels and filled with anxiety.”

President of DemsClub at HHS Hazel Nelson, senior, was at a doctor’s appointment when the news came through.

“I didn’t know until I got home at around 2:30 p.m. when my mom turned the TV on,” Nelson said. “I had gone up to get ready for work and she started yelling for me to come down and see what was on the TV. We sat there and watched in silence for almost half an hour. Both of us were absolutely terrified.”

Ossoff’s win, along with Democrat Reverend Raphael Warnock’s victory over incumbent junior Georgia Senator Kelly Loeffler, cemented the party’s control of both the House and Senate. Trump will be the first president since 1932 to lose reelection, the House and the Senate, according to The Washington Post.

Many questioned the seemingly swift breach of the Capitol, calling into question the limited Capitol police presence. Students on social media have continued to draw comparisons between Black Lives Matter peaceful protests and those seen today.

“The mob wasn’t treated with the same amount of force unjustly used on BLM protesters over the summer. Trump has been inciting these riots and I believe he is to blame for them,” Nelson said. “I don’t think law enforcement reacted appropriately at all and again I think this is due to deep-rooted racism within the police force.”

Raines Lucas, senior, posted an Instagram story including a tweet of Trump supporters breaking into the Capitol building and fighting federal police.

“I thought blue lives matter? Where are the rubber bullets and tear gas now?” Lucas said.

Dorothea Watson, junior, is founder and president of Girls’ With Melanin at HHS. She, like many,  watched the terror incited by the MAGA mob unfold.

“My initial reaction was pure shock and disbelief,” Watson said. “Once I was able to digest the news, I was not surprised by the actions of these domestic terrorists. Acts like these fueled by hatred are something that the black community must constantly be on the lookout for from people like those who stormed the Capitol.”

As Vice President Mike Pence noted to the reconvened Senate, Jan. 6, 2021 will be cemented in history by the textbooks we read for United States History and US Government. It’s a clear defining moment of our political life and a climactic end to the one-term President Donald Trump.

“Everyone will know where they were when all of this went down,” Berman said. “It will be used as fuel when our generation takes part in elected offices.”

Students’ initial reaction is to post on Instagram, but this talk has to be translated into action to insight real change.

“In general, I believe that ‘Instagram activism’ doesn’t really do anything and usually just results in people posting the same thing over and over or just posting pretty graphics that contain no actual content,” Nelson said. “That being said, Instagram and other social media can be incredibly important when spreading information about protests and spreading resources for research.”

Berman has been involved with House Representative Dean Phillips’s election and reelection. From his experiences and years of interest in government, he gave advice to anyone who is appalled by the recent riots seen at the Capitol.

“There are real problems here that need to be solved,” Berman said. “I’m happy to show other ways to get involved, but that means you need to give something up. It’s not as easy as reposting something you agree with on your story.”