The Highs and Lows of the Recruitment Process 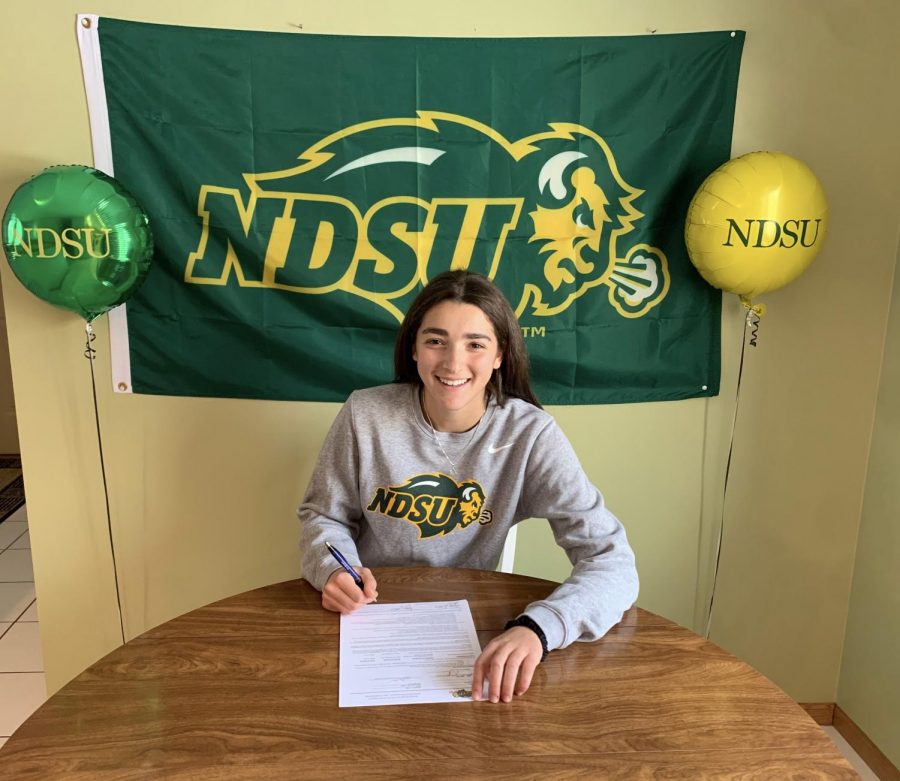 There are over 15 million kids in high school with about eight million participating in a sport, with less than two percent of those high school athletes going on to compete at the division one level.

It’s always exciting opening Instagram to see a commitment announcement from one of your classmates. But what you do not see in the post is the immense amount of work that athletes put in behind the scenes.

Committing to a school for a sport is not something that happens overnight. There is a system, often referred to as the recruiting process, that all athletes who are pursuing a career beyond high school must engage in.

I began the recruiting process for women’s soccer my freshman year. I was a 14 year old kid being told to compile a list of schools that I could see myself attending in four years, based on academics, athletics, campus life, and other factors that were equally important.

The beginning of the process was incredibly overwhelming. After sending out countless emails and doing endless research, I heard my first sign of interest at the age of 15, over a year after I began the recruiting process.

I verbally committed to North Dakota State University (NDSU) at the beginning of my junior year, after a lengthy and demanding process. While I was ecstatic about making a big life decision, the flaws and weaknesses of the system began to surface.

To truly comprehend the faults of the system, it is important to have an understanding of how the process works, and clarify some of the common misconceptions.

The majority of athletes begin by emailing, texting, or calling various coaches, alerting them of their interest in that school and program. They can send film, statistics, schedules for upcoming events, and basic information that the coach would be interested in knowing.

The recruiting process is like dating. High school athletes identify schools that they like, and use all means necessary to determine if the interest is mutual. The anticipation is overwhelming and emotions are across the board.

If a coach is interested in an athlete, they will open a dialogue where they try to persuade you to attend their school and compete in their program. Unfortunately, this is easier said than done.

Many people do not realize the considerable amount of emails that any college coach will get from prospective athletes. Depending on the popularity of the school and athletic program, a coach could receive hundreds of emails a day, making it increasingly difficult to gain recognition.

One deceitful assumption is that college athletic recruiting is a trickle down system. The top athletes commit to the “best” schools first, and the rest go as followed. While this may not be the most breathtaking explanation, the recruiting process is simply different for every individual.

When a coach decides that they want you to be a part of their program they can make you an offer. As the recruiting process is unique for every athlete, some end up with multiple offers, whereas others may only have one.

Regardless of the total offers, when an athlete feels confident in a school and program they can make a verbal commitment until it is time to sign their National Letter of Intent.

I was 15 when I began talking to the coaches at NDSU. I was elated when I received an offer from the program, and while I did have other options, the Fargo based school was always the front runner.

After being on campus and building a strong relationship with the coaching staff, I felt comfortable at the school and was confident in the program that I would be joining. It is important to note that every athlete has a different set of criteria that must be met.

My main focuses were on the school, program, and the atmosphere of campus, but many athletes also take into consideration geographical location, tuition, and demographics.

George Jackson, senior, has been a member of the HHS track and field program since he began high school. He recently committed to the University of Kansas to continue his academic and athletic career.

Jackson and I both agreed that the most overwhelming flaw in the recruiting system is the lack of equal exposure and opportunity.

“A lot of kids can’t afford to play for certain teams. That means they miss out on the best coaching and events that get them the exposure they need,” Jackson said.

Exposure is everything when it comes to being recruited. Oftentimes, if a coach can not see you compete, they will move on to someone they can.

“In track for example, sometimes the time does not tell the full story, but that is the primary sorting measurement. Or in other sports, there are a lot of great players who play on unknown teams that will never get recognized,” Jackson said.

I was able to get a lot of exposure by traveling with my club team to various showcase events across the country. At our games, we would have anywhere from 20 to 80 college coaches and scouts watching us play.

The events that I was lucky enough to attend made my recruiting process considerably easier compared to those who were not on a team that provided this platform.

Even though the system has its imperfections, it is important to keep in mind that athletes are not required to engage in the process. The ultimate goal of competing at the next level is enough to drive people through the anxiety and intensity of pursuing a scholarship.

“Being recruited is a blessing that could very quickly turn into a curse if you don’t manage it correctly,” Jackson said. “I have been blessed enough to have an amazing support system, and I still found myself stressed. I understand this is a very privileged problem to have, but when there are a lot of people reaching out to you it can start to get overwhelming.”

Jackson’s best piece of advice to athletes beginning their recruiting journey is to sit back and enjoy the ride.

“A coach that recruited me said, enjoy this because it only happens once in your life,” Jackson said. “Try not to let the stress take away from the fact that it is a huge blessing and should be fun.”

One piece of advice that every athlete would attribute to is having the ability to be open minded. You want to go into the process impartial, and be observant of everything that comes your way.

Eventually, the strenuous and bleak process will come to an end, and although difficult, the reward of continuing your athletic career far outweighs the obstacles.