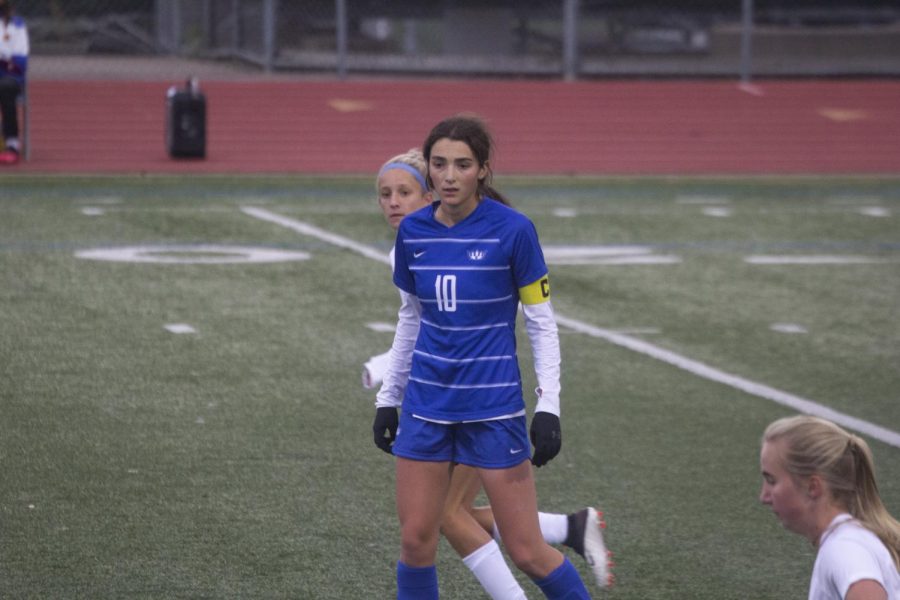 From freshman year to senior year, Josie Fieldman, senior, has been unstoppable on the soccer pitch.

As a four-year varsity starter, Fieldman has wowed opposing coaches, teammates, and parents alike. She has drawn lots of attention due to her soccer IQ as well as her ability to read opposing teams and break them apart.

As a senior though, she was recently rewarded with the highest honor: All-state.

Nominated by coaches and picked by a committee, the all-state team features the top 24 soccer players in the state.

Fieldman was ecstatic to learn she was named to the team.

“I’m really happy to receive this recognition because I have worked really hard this past year and it’s cool to see it all pay off,” Fieldman said.

Coming in as a freshman, Fieldman hadn’t played high school soccer before, but she gives lots of credit to the program for shaping her as a player and person.

“In my freshman year, I didn’t know what to expect, but this program has helped me develop my leadership skills and helped me become an even stronger player,” Fieldman said.

Though Fieldman has received lots of attention at the high school and club level, she also received interest from many colleges.

As a junior, Fieldman committed to play soccer and continue her academic career at North Dakota State University (NDSU).

“I’m very excited to attend NDSU and be apart of the team,” Fieldman said. “The coaches and team are great, and the atmosphere in Fargo is different than a lot of other places.”

“I think one of the most important things to keep in mind is that you are going to get out what you put in,” Fieldman said. “Anyone can work hard and see results, you just have to be willing to dedicate the time and effort to do so.”