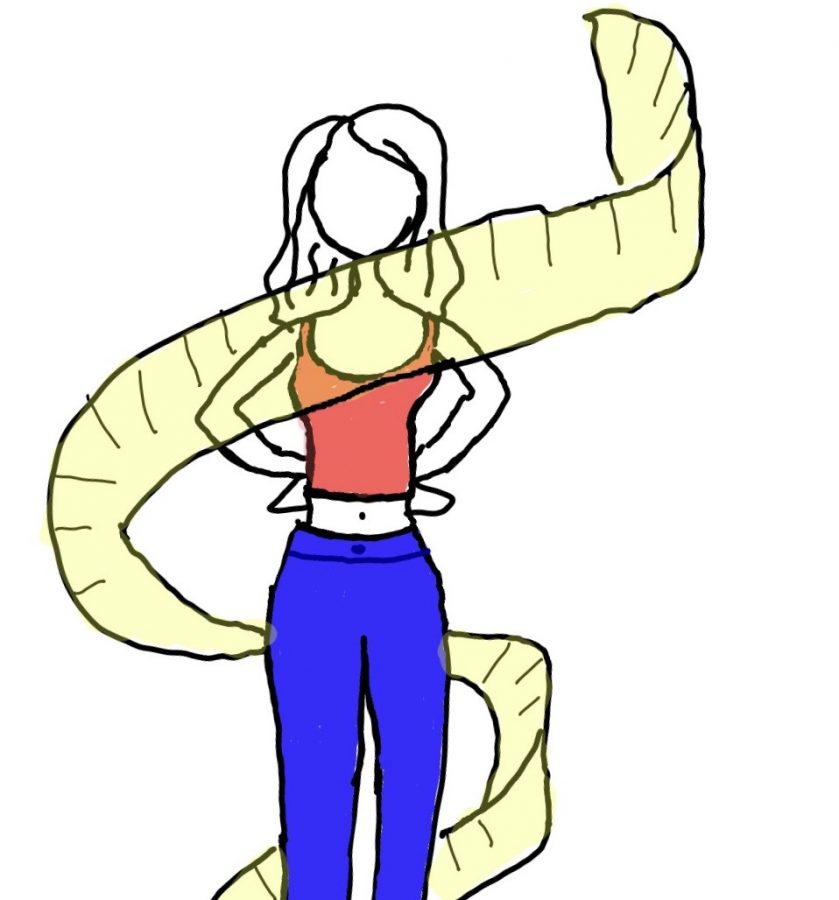 One of the forgotten and often overlooked aspects of the sports world is the mental toughness required to be an athlete.

It is easy to watch your favorite pro and marvel at their performance and the entertainment they provide, but one of the most challenging and dangerous mental illnesses could be lurking in their mind: Eating disorders (ED).

The Oxford Languages defines eating disorders as, “Any of a range of psychological disorders characterized by abnormal or disturbed eating habits.”

According to Nationaleatingdisorders.org, it is estimated that 62 percent of females and 33 percent of males in aesthetic and weight-class sports are affected by an eating disorder.

“Some sports are more prevalent to causing an increase in eating disorders such as dance, cheerleading, gymnastics, track, wrestling, and figure skating. The sports where looks and fitness level are a big deal is where the eating disorders come from most,” said Ms. Stephanie Reinisch, head athletic trainer.

ED’s are different for everyone, and every athlete is unique. Some disorders stem from an obsession over physical appearance, whereas others come from the pressure to perform.

“It’s always important to look at the root of why they may be going through an eating disorder. Every reason is different and many might not even know they have an eating disorder until, say, they get hurt really bad or start to notice a decrease in their performance level,” Reinisch said.

Ani Palm, senior, developed an eating disorder after joining cross country in junior high. After struggling for years, Palm now hopes to spread awareness and shed a light on the dangers of an ED.

“I joined cross country in 7th grade not quite knowing what I was getting myself into, but I quickly became a top runner in junior high and felt a lot of pressure (that I put on myself) to be good,” Palm said.

She looked up to the runners in high school and believed that in order to be fast and perform at a high level, you had to be skinny.

“This and the general pressure of needing to be thin to be ‘pretty,’ led to my eating disorder,” Palm said.

After a few years of silently struggling, Palm noticed how the girls that she had looked up to were eating what she identified as “junk food,” and still performing at a high level. She realized that it was crucial to fuel her body as an athlete, and restricting was only hurting her body and mental health.

“From that moment on I decided to create a better relationship with food and be thankful for what my body does for me,” Palm said.

Athletes typically require more fuel than the average person, due to the intensity and frequency of their exercise. Because of this, it is very easy to lose weight and muscle, and notice a decrease in overall performance.

“Eating disorders are dangerous for anyone, but can be particularly tricky with competitive athletes because it can affect their performance,” Palm said. “We put a lot of stress on our bodies in training and competing, and with an ED on top of that, our physical and mental health can suffer.”

Many athletes develop eating disorders because they are not aware of the factors that play a role in their performance when they are not on the field or court.

“It can be hard for some to know how to best balance time, not skip meals, and also get enough sleep while having practice, extra workouts, and even a social life,” Reinisch said.

Even in a world where the dialogue surrounding mental illnesses is becoming more open, eating disorders are often concealed and are not as highly discussed as other diseases.

“Over the years I have seen my coaches increase conversations surrounding mindfulness and mental health, but talking about eating disorders seems to still be a taboo topic,” said Palm. “I think in a lot of cases athletes need to reach out to their coaches to receive help or have conversations.”

Reinisch and Palm both believe the discussion around eating disorders should be normalized, especially with athletes, as many may not even know that they have one.

“I think all athletes should know that eating disorders are unfortunately quite common, so if they are struggling, there is a chance someone else is going through a similar journey,” Palm said.

The National Eating Disorder Association has a hotline available to call or text at (800) 931-2237.