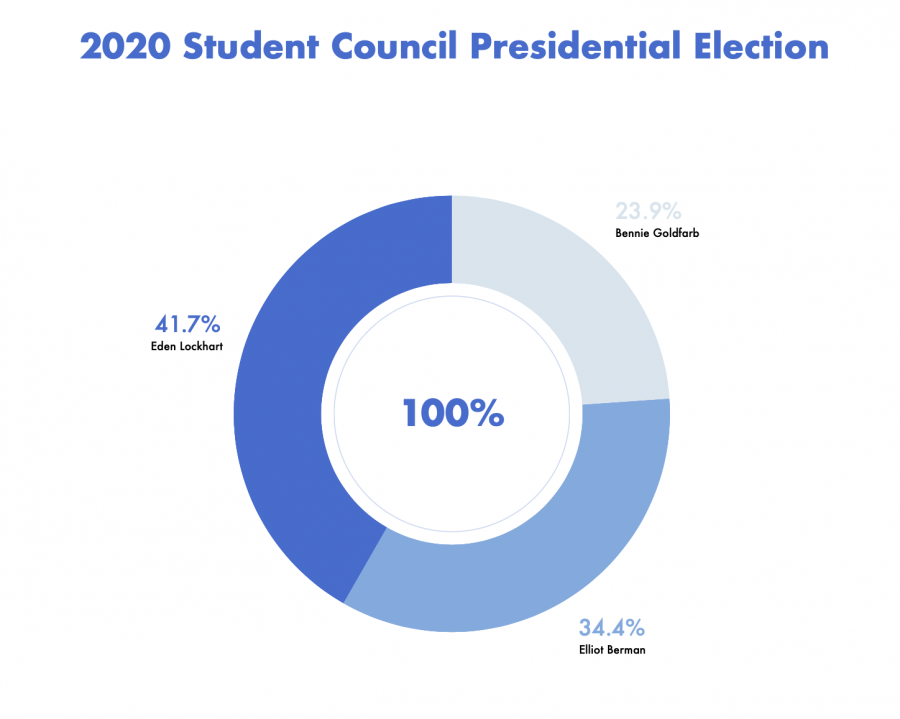 Every school dance, pep rally, and talent show at HHS has been organized by the same group of student leaders: student council.

Lockhart ran her campaign on a platform of genuineness and honesty. She believes relatability was one of the keys to her successful election.

“I mean every word I say,” Lockhart said. “People run [their campaign] saying I’ll do this, this, this and this, and these are my values just to get your vote, but I was just being myself.”

Lockhart was originally elected to student council as a sophomore representative in 2018. During this time, Lockhart not only found her passion for student government, but her desire to one day become president.

“Ever since I was a sophomore I knew I wanted to be president,” Lockhart said. “When Sagit Nachmias was president, she made it look super fun.”

However, Lockhart didn’t just want to become student council president because it was fun, she understood how to make lasting change at HHS.

“I want to make the school LGBTQIA+ friendly in all aspects,” Lockhart said. “For instance, [gender neutral] bathrooms are a big thing, so even though we’re not in school, I would love that to be changed for next year.”

As President, Lockhart’s other initiatives include: conducting more racial affinity groups throughout the year, and instituting mandatory breaks into the online school day.

In addition to fostering change at HHS, Vice President Julia Amato wants to plan a variety of in-person and socially distanced programs for current students.

“As President and Vice President, we want to first make the sophomores feel like they are a part of the HHS community and create events that people can attend (socially distanced) that will get people out of the house and interact with others at school,” Amato said. “Especially for seniors, we want them to feel as if there are some things they get to do, such as the powderpuff kickball game.”

Amato said that their plans for the year will not fall through because of their friendly dynamic.

“Eden and I will work well together as we have been friends since sophomore year and are not afraid to ask each other questions if we need to figure something out,” Amato said. “Eden will make sure to accommodate everyone’s ideas, and I am able to be stern or just be loud if we need to get business done.”

Amato and Lockhart are also excited to represent women in student government.