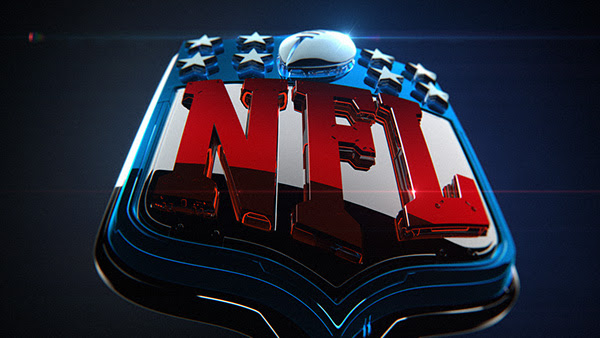 I shouldn’t have to explain myself. Burrow is the best QB in this draft and the obvious number one pick. If the Bengals trade down or pick someone else I fear that the city of Cincinnati might try and kill their GM.

This should also not come as a surprise to anyone. Young is the best player in this draft and has the potential to be the next Khalil Mack. Washington gets their guy and forms one of the best defensive lines in all of the NFL.

The odds of Detroit staying at this pick are slim because they can trade down two spots and still snag Okudah. However in this mock, the Lions stay put and draft a future All-Pro. No, the signing of Desmond Trufant does not change this pick. The Lions need more than one corner and Trufant isn’t exactly young.

The offensive line talent in this class is the best we have seen in years, there are legitimately four prospects who could be All-Pros. Protecting Daniel Jones is the priority as well as giving Saquon Barkley a new best friend. Wirfs comes from a long line of phenomenal talent up front at Iowa. Are they made in a factory or something?

Miami has been eyeing Tua for like what two seasons? Because of injuries and the emergence of one Joe Burrow, the southpaw falls to five but there is no way he falls any further. Dolphins get their franchise QB and everyone in south beach can smile until the Dolphins go 4-12. Sorry not sorry.

The Charges have one of the best rosters in the entire NFL and they somehow managed to suck last year. With the additions of Linval Joseph and Chris Harris Jr to an already talented defense, LA is looking good on both sides of the ball. The only problem is that they have Tyrod Taylor as current QB1. Herbert changes that and I think the former Oregon slinger is going to take this team to the playoffs in year one.

I was just drooling watching this guy at the combine. This man ran a 4.39 40, oh and he is also 6’4 238. How is that even possible?? This defense has a lot of playmakers and they add another one with Simmons here. New coach Matt Rhule has some absolute studs on the defensive side of the ball.

Becton goes from the Cardinals to the Cardinals as the NFL version now has an absolutely disgusting offense(in a good way). The NFC West is so competitive. Two teams have been to the SuperBowl the past two years and the other has been to the playoffs a gazillion times. None of those are the Cardinals who quite possibly are the best team in the division after this pick.

The Jags need some help in the trenches and they get a home run with this pick. Brown can stuff the run as well as generate pressure which makes him almost a sure thing in the NFL. Brown has one of the best work ethics in this entire class and I can’t wait to see him exceed in Jacksonville. Soon to be Sacksonville once again.

Henry Ruggs III and Jerry Jeudy take the spotlight from Wills when talking about Crimson Tide talent. However it isn’t crazy to say that Wills might have a more illustrious career in the NFL. I said it earlier, the offensive line talent in this class is seriously unmatched. Browns struggled upfront last year and they need Wills badly.

While Andrew Thomas is a possibility with this pick, the Jets’ corner situation is debatably the worst in the NFL. Henderson isn’t the talent Jeff Okudah is, but the Jets will be extremely happy with the Gator in their secondary. With Tom Brady out of the AFC East, the Jets are looking to take that next step and win this division.

Jerry Jeudy and Josh Jacobs. Both from Alabama and now both the two young stars on the hot new team. Am I the only one who is very excited to watch this offense if Jeduy goes here and I truly believe he will. Derek Carr’s time as a Raider is running thin but the addition of Jeudy will help in a huge way. Don’t forget, the Raiders have another first rounder.

This is a HUGE stretch for San Fran but I really do not know who else they choose to pick here. Yes Kinlaw is an amazing talent but I see a bigger need at corner. Other than Sherman(32 yrs old) the 49ers don’t really have anyone that great. Terrell is an underrated prospect who could make a splash in the bay. With the help of Sherman, I could see SF taking the Clemson man.

With the addition of Tom Brady, the Buccaneers are now real competitors to the Saints in the NFC South. Adding a beast in Thomas would make their offense almost complete. They have the best WR duo in the NFL and now a veteran QB to throw them the football. I don’t think they are better than the Saints yet but I do think TB can challenge for a wild card spot.

The Broncos really need one more weapon in this offense to earn the status of “dangerous”. I loved what I saw from Lock last year, add on Gordon, Sutton, Fant, and now Ruggs. That is a very good offense in the Mile High City. Also, Pat Shurmur is one of the best offensive coordinators in the league. Watch out for Denver this year.

There are many different edge rushers the Falcons can choose from here but I have them going Chaisson. Overall, I bet they will be happy with any pass rusher but the Falcons take a National Champion here. Chaisson has the potential to be a beast but might not have the ceiling that Epenesa or Gross-Matos has but he is much more of a safer pick and that is why the Falcons take him here.

The Cowboys made Amari Cooper their guy by giving him a huge contract and now the question remains of what to do with Dak Prescott. I think Lamb would give this offense a three headed receiving core of Lamb, Cooper, and Michael Gallup. With the loss of tight end Jason Witten I think Dallas tries to add another pass catcher and Lamb might be the best out of the bunch.

Miami needs to address the offensive badly and they do so here. I think it is between Jones and Austin Jackson but I have Jones here because he is a bit more versatile. Jones can play both tackle spots and the Dolphins could easily slot him at either spot. Miami has another first round pick at 26 so they could address O Line there, but why wait?

I could see LV going many different roads here but I have them going with a player that is hard to pass up at this pick. With this pick, the Raiders front seven actually looks really good and their LB core is studly with Murray plus two FA signees Nick Kwiatkoski and Cory Littleton. Mike Mayock knows how to draft and the Raiders will make that AFC West even more challenging.

Currently, the Jags do not need a pass rusher. However, this will change when the trade Yannick Ngakoue. I know it might be crazy for Jacksonville to take two defensive lineman in this draft but this would make their D line extremely young and talented. Imagine Josh Allen, Derrick Brown, and AJ Epenesa. That would be ridiculously good.

It might be a stretch to have Kinlaw fall this far but if he does I think the Vikes snag him at 22. They made a great addition in Michael Pierce but their other DT is Shemar Stephen who was terrible last year. Pierce and Kinlaw form the best DT duo in the NFL and Danielle Hunter racks up 20 sacks. Vikings win the NFC North. Sounds good to me.

The only reason I have Queen going here is because I genuinely believe the Pats stick with Jarrett Stidham at QB. Saying that out loud sounds crazy(because it is) but I never doubt Belichick. The current LB situation in New England is terrible outside of Dont’a Hightower, so they add an animal in Queen.

How many LSU players will get drafted? Fulton goes to New Orleans because other than Marshon Lattimore, the Saints corner situation is about to fall apart like a wet taco. Fulton is solid all around despite the concerns about his speed. The problem for the Saints has always been stopping the pass and this helps.

How funny would this be? One Diggs gone and a new one comes in. Many people will say draft Gross-Matos here but the Vikings need corners SO badly and Mike Zimmer loves drafting them. Diggs has excellent ball skills and will surely succeed at the next level. It would have been awesome to see him and his brother Stefon go head to head in practice but this will have to do.

Swift gives the Dolphins another weapon for Tua to work with and a solid RB duo in Swift and Jordan Howard. The Dolphins have needs everywhere but adding Tua, Jones, and now Swift, makes this offense a bit more serviceable. Don’t forget they already have a very good WR core.

I think the Seahawks add another edge rusher in Free Agency, whether it is Clowney or someone new like Everson Griffen remains to be seen. However, they will add the young and fierce Gross-Matos at 27 to solidify a solid D line. Seattle needs to pick smart here because if they don’t, the NFC West is going to SF or Arizona.

The Ravens have a loaded roster so they take a guy who can help out MVP Lamar Jackson. If there is one weakness in this offense, it might be receiver so they grab Higgins at 28. Baltimore will be back in the playoffs with or without Higgins so why not add another weapon in this beastly squad.

Replacing Jack Conklin needs to be the number one priority for Tennessee if they even want a chance to get back to the AFC Championship game. Jackson fills a hole for a balanced offense. Hopefully they can continue to pound the run as well as dominate on defense and they should be fine.

The Packers have needed WR for quite some time now and nobody really seems to fit the bill for Rodgers. Hopefully Aiyuk fits into this Packers offense and helps them succeed or else it is just going to be another bust at WR. Give Davante Adams some help for pete sake.

Blacklock replaces Deforest Buckner as SF attempts to keep an uber talented D Line. I don’t know if SF can replicate the success they had a year ago but adding an animal in Blacklock will surely help.

The defending SB champions need help in the secondary and Gladney is the best CB on the board. Charvarius Ward and Gladney will try to blend together and sew up this secondary to go along with an already explosive offense.