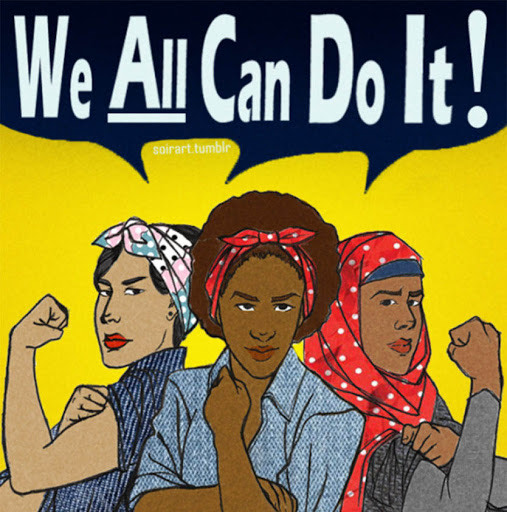 Every year the month of March rolls around and is recognized by the successes and benchmarks of women and their respective industries. Although this calls for celebration within itself, this also marks the ninety-seventh birthday of the perpetual vetoing of the Equal Rights Amendment (ERA), a bill that is a mere one state away from ratification.

To the surprise of most, the constitution of the United States does not formally guarantee equal rights for women. The ERA comes in as the living document in which ensures women have the same rights to men, on the basis of having the right to vote, own property, file for divorce, have their own bank account and have the right to pursue employment.

Although some states have implemented women rights bills, as an adoption of the ERA, it does not take a horoscope or microscope to see that if these makeshift laws were to fall through, women would be left unprotected.

The fact that a policy called the Equal Rights Amendment has almost reached its 100th birthday without being passed, shows how little we have come in the United States.

The U.S. has touted itself on being the most developed and cultural force in the world, yet denies creating a foundation in which guarantees every citizen having the same rights, regardless of their sex.

Despite the term gender equal heavily applied to women, the notion of equal rights expands far beyond just the threshold of being solely a black and white issue. Equal rights affect everyone.

Sociologist Michael Kimmel has spent the entirety of his career honing in on the fundamental imbalances between men and women in the U.S. According to his book ‘Angry White Men,’ these imbalances are deeply rooted in the stereotypical entitlement of men, relating to equal rights.

One scenario played out within the book is based on how four white men were on a TV talk show discussing how a black woman had ‘stolen’ their job. Kimmel, sitting opposite of the men, questioned the word ‘my’ in their complaint, rather than phrasing it as ‘a black woman stole the job,’ or ‘a black woman got a job.’

The word ‘my’ implements a whole new meaning to the sentence. It means that they’re possessive of it and feel an entitlement attached to the career, which they believe was stolen by someone who lives their life in a different demographic.

“Without confronting men’s sense of entitlement, I don’t think we’ll ever understand why so many men resist gender equality,” Kimmel said.

Those who resist gender equality, regardless of who they are or what culture they see the world from, tend to look down on women, as if they are less and should have less than them. Although one might think this is a hyperbolic statement to make, the situation Kimmel expressed is a prime example of how American men resist gender equality to simply hoist themselves and suppress others.

With that being said, nothing about gender equality is an enigma. It is saddening that equal rights and equality is still considered an enlightening concept in the year 2020.

Living in the twenty-first century, modern day women are now finding themselves in the workplace more often than not. With women’s presence in the corporate world, many forget that still under law women are still not entitled to the right to seek employment or own property.

According to Catalyst Research, the more workplaces that consecutively hire gender-equal employees, the more harmonious the work climate is. These companies have lower job turnover, easier times recruiting, higher job satisfaction and higher rates of productivty, all because everyone is treated equal, regardlessof their sex.

Despite this, companies are still drowning in the ‘fatal’ idea of -god forbid- a woman getting the job they feel entitled to.

If we were to zoom out to a worldly view, the more gender equal countries are as a whole, the higher they score on the happiness scale.

Stated by Best Health Magazine, within the top ten happiest countries in the world, the United States doesn’t make the cut.

Aside from the benefits that equality for all would so inevitably reap, the baseline of gender equality is merely ensuring that anyone who idenifies as anything other than a white, cisgender, Christian man gets the same oppurtunities as everyone else.

Everyone deserves the basic rights that the ERA possesses: the radical right to vote, own property, file for divorce, access their own bank account and pursue employment.

After World War II, women’s husbands returned to the U.S. and women left the jobs they took over for their husbands for when they were gone or in factories sending supplies abroad. Women were fundamentally changed forever.

Nearly 70 years later, women still hold the drive they had to pursue and obtain what was so rightfully theirs: equality.

More women went school, attended universities and fought their way into the corporate world, just to further educate themselves, in order to get their voices heard, understanding the value of knowledge and acknowledging that being able to back it up by education is one of the most powerful assets one could have, for anyone, regardless of gender.

Gloria Steniem once said “the truth will set you free, but first it will piss you off.” Not only was Steniem able to see into our own future in American society, but she spoke of factuality.

From propaganda-like marketing to social media, feminism has progressed largely in the visual world, but on paper and in textbooks, still has so far to go.

We are approaching a day in feminism in which we can be proud of, yet I am still perpetually angry. Angry that feminism has been boiled down to a mere marketing tactic, angry that the women who started it all- women of color- are still silenced, angry that Americans now live in a new normal where their opinions can serve as their own self-important facts.

There will be a day where we as women can surpass and transcend our “angry feminist” phase, but that day is not today.