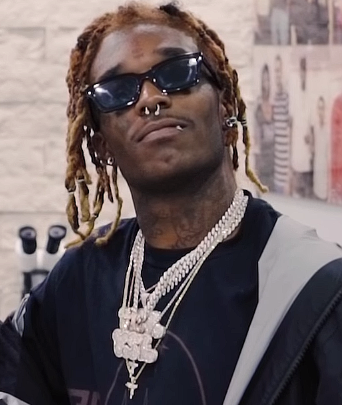 “Can’t Cool Me Down” by Car Seat Headrest

Taking elements of ambient and electronica, the new Car Seat Headrest single marks a drastic change of pace for the one-man band. Veering on four years since their last album release, fans have been hungry for new material. The lyrics are as usual, combining highly personal anecdotes with a knack for sharp wit and a songwriter wise beyond his years.

While fans who are used to Car Seat Headrest’s indie rock formula may be taken aback, the single represents a new era for the band, and possibly a new sound as a whole. Until the release of their new album, fans will just have to wait and see.

“That Way” by Lil Uzi Vert

Sampling the Backstreet Boys’ “That Way,” Lil Uzi breathes a breath of fresh air on something long forgotten. With Uzi’s trademark sing-song vocals, the track plays like a symphony of trap music. It’s clear that all the years off has left Uzi all the more sharp. He sounds happier than ever, content to simply spend his time singing along to the Backstreet Boys.

Uzi’s no longer the fast paced hungry rapper seen on 2015s “Love is Rage,” but this new track makes it clear he’s more than that. It’s the sound of an artist finally free to pursue their creative desires to the fullest, and as far the track’s sound goes, it’s a welcome change.

Lady Gaga’s comeback is a long time coming. Yet instead of out with the old and in with the new, the most recent single from the pop princess seems riddled in nostalgia. Following the same formula the artist has been using for years, the track seems boring, a last-minute pop hit thrown together just in time for the bar mitzvah party season.

A good beat, good enough to dance to as Gaga laments over some random relationship troubles. Her vocals start quiet, crescendoing and soaring at the chorus. But no matter how much you want to hate it, it’s kind of catchy.

Over his signature monotone flow, Lil Baby delivers what the fans want: a braggadocious track worthy of a night time cruise with the windows down. While Da Baby may come in with the bars, it’s Uzi that gives the track its energy, swinging into his verse before Da Baby can even take a breath.

On the production side of things, the track is cut relatively simple. Heavy snare and bass serve to accompany Uzi and Lil Baby bars, but nothing more, and nothing less. The real star is the artists’ flow, and on “Commercials” they more than deliver.

Lost in a sludge of miscellaneous 2000s pop albums, The Strokes “12:51” is an Indie Pop gem. By some sonic myrical, the guitar is tuned perfectly to sound like a keyboard. Combined with Julian Casablancas’ signature croons, the track makes for a highly sentimental listen, plunging the listener into Casablancas’ youthful exuberance.

Along with the track single handingly having the best chorus of the 2000s, the track feels like a new genre entirely. As if the garage rock of the Velvet Underground had a baby with the electronica of Daft Punk. It’s the rock of the future, not the past.

The track shows a band breaking away from their formula, trying something new, and succeeding wholeheartedly at it. It’s a pleasant surprise from a band known for songs such as “Last Night” and “Someday.”