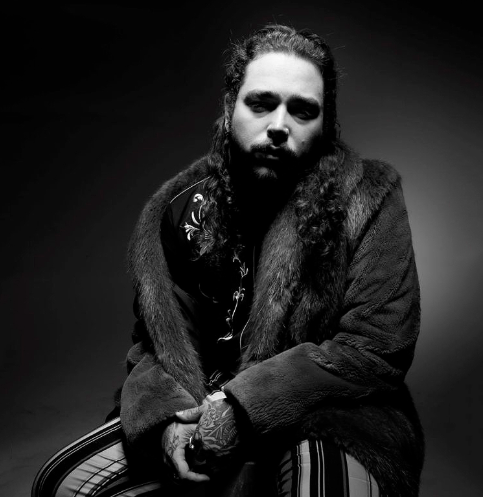 With over 22 million subscribers on Spotify, and numerous hits that have reached the top of the charts week in and week out, Austin Richard Post(better known as Post Malone) is a bonafide superstar. Post Malone is one of if not the biggest musical artist in the world. Here are his top ten songs according to Editor in-Chief David Campbell.

“Better Now” peaked as high as three in the Billboard Top 100, and most people understand why. Fast paced with a slick beat and phenomenal background vocals make this a masterpiece. “Better Now” is one of the best songs on Post’s second studio album beerbongs & bentleys, which truly exemplified his range. In the song, Post reminisces about a past relationship and he believes that his emotions are similar to his ex. “Better Now” should be the first song to listen to on beerbongs and bentleys.

Post and Quavo work together to make a beautiful song that promotes working hard and patience, saying how these traits will lead to success. “Congratulations” has many references to Post’s first big hit “White Iverson”. Many people congratulated him for his big fame even though Post predicted this to happen. After “White Iverson” was released, critics believed he was going to be a one hit wonder but Post thought differently.

In this beautiful slow song about how Post Malone copes with success, many will look at the simple and colorful words but not realize the deeper meaning to it. Post is getting more and more famous and he wants to show off on everyone but he knows it would damage his image. He also sings about his marijuana abuse and how he is literally blowing his money on weed. Post mentions how he is at the top of his game and that isn’t going to change anytime soon. “Go Flex” is the perfect song to vibe too.

This song is so awesome. I honestly can’t think of a better word to describe it because man it is so awesome. Who knew that these three would be able to make such a deadly trio. This track shows a different side to Post, Ozzy, and even Travis too. With the heavy guitar playing of Ozzy and the hard bars from Travis, this track goes to a whole new level of music. This is also the first song to enter the top ten from Post’s latest album Hollywood’s Bleeding. However it won’t be the last.

Post explains his deep fears and overall lifestyle in the opening song of beerbongs & bentleys title “Paranoid”. Post is not only afraid of a home invasion but afraid that his friends are using him for his wealth and fame. He also talks about real world problems like the political division in America and the eventual doomsday for all. The entire track exemplifies how Post has serious doubts in life and all in all, is a beautiful song.

On “Saint-Tropez,” Post matches a refreshing flow with a funky trap beat. On the track, Post describes the lavish lifestyle he leads, dropping designer brand names such as Versace and Abercrombie & Fitch, without disregarding his work ethics that led to his success. Add an awesome beat and you have another hit. Later in the song Post refers to his mother and apologizes for his lifestyle and tattoos. Post’s mom disapproves of his face tattoos especially after Post got two different ones to just piss his mom off.

The opening track to the album Hollywood’s Bleeding is the song “Hollywood’s Bleeding” and man it does not disappoint. The track was written soon after Post moved out of LA and into Utah and talked about Hollywood as a very odd vibe and people are always looking over your shoulder. In the song Hollywood is bleeding and dying but celebrities still love it and call it home despite the toxicness. This song also connects to a later song on the album “Enemies” where Post doesn’t know who his real friends are and wonders who will even be at his funeral when the day comes. This is the first and best song on Post’s third album.

When you first listen to “No Option” you probably don’t think it is a Post Malone song because of the pop-style beat and all around happy sense during the whole track. However, Post surprises us once again and absolutely amazes in this song. The song has multiple references to Post’s fans and how they were begging for this album Stoney, which was delayed. Ever since that delay Post has made sure to deliver on promises. If you are on aux, the perfect song to play is “No Option”.

The best song on beerbongs & bentleys belongs to “Stay”. A slow and beautiful song really shows Post’s unique singing ability and underrated guitar playing. The song has such a deeper meaning as many believe it is about Post’s ex girlfriend Ashlen Nicole Diaz and struggles of going through a break-up. The reason the title is “Stay” is because he and whoever the song is about still hook up despite not talking or staying around at all. Too much intoxication in their relationship. If you need a slow, soft song to just chill and relax or the perfect break-up song, “Stay” is the perfect choice.

Maybe an unpopular choice at the top stop but “Leave” is Post Malone’s best song. Definitely not the biggest hit but this track is severely forgotten about and it sickens me. In another song about a girl, he mentions several times how he basically worships this girl to the point where he compares himself to Jesus when he was crucified. This song also shows the struggle of loving a girl who doesn’t love him back and while he knows he has to leave her alone, he doesn’t want to. With absolutely beautiful vocals and an extremely strong instrumental, “Leave” is not only the best song on Stoney but also the best song in the entire discography of Post Malone.