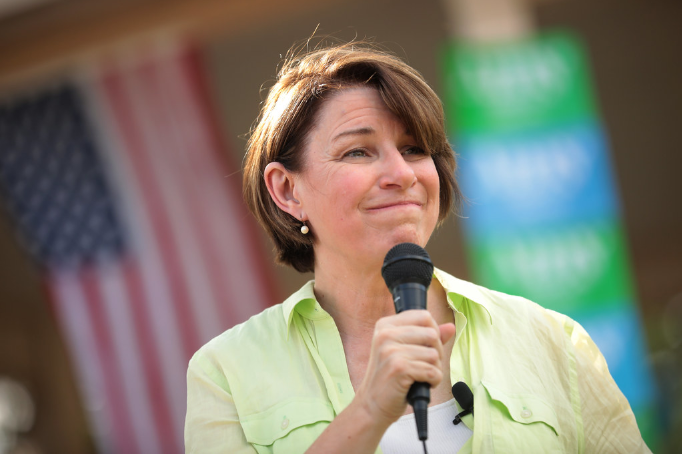 As of Monday, March 2, Senator Amy Klobuchar has officially ended her bid for the 2020 presidential nomination.

Klobuchar, a moderate Democrat who touted herself as a nominee who could pull together a divided America, canceled her campaign shortly after having Black Lives Matter protestors occupy the stage at her St. Louis Park, Minn. rally.

“Amy’s rally clearly reflected how politician’s backgrounds can come back to haunt them,” said Speers. “Even though I didn’t get to see her speak, I was happy to see everyone exercising their First Amendment rights and it was fun to see democracy in action.”

The crowd originally formed in protest of the senator’s role in controversial conviction a Minnesota teen Myon Burrell of murder in 2002 as the Hennepin County district attorney. As a result of the demonstration, the rally was canceled and Klobuchar did not speak.

Although controversies regarding Klobuchar’s political track record have been high, her supporters remain loyal.

“I became an Amy fan because of her grit and perseverance,” Speers said. “I’ve always admired her strong stances on women’s rights, especially since she was the first woman Senator of Minnesota.”

The Minn. native was one of the last moderate Democrats left in the running, as former South Bend, Ind. Mayor Pete Buttigieg dropped out March 1.

Both Klobuchar and Buttigieg have announced their endorsements to Former Vice President Joe Biden in the upcoming election.

“I was really upset to find that she dropped out, especially since she was such a strong contender to be the first woman president,” Speers said. “I think Klobuchar led a strong campaign and I plan to support Biden following her endorsement.”

Despite Klobuchar, Buttigieg and billionaire philanthropist Tom Steyer dropping out of the race prior to Super Tuesday, the three will remain on the March 3 primary ballot.