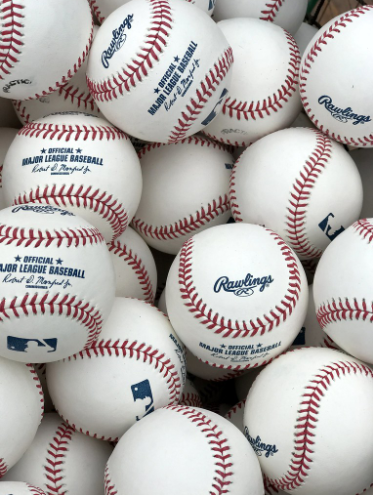 Just when baseball fans thought that the 2019-20 MLB off-season couldn’t get any more insane, MLB commissioner Rob Manfred threw everyone for one last curve two days before pitchers and catchers reported to spring training.

Let’s run down all of the madness that has ensued this off-season just for funzies:

There is so much worth mentioning about this off-season and the implications, so it is only fitting that The Commish would bring the break to a fitting close with his bombshell announcement on Monday, Feb. 10.

According to the New York Post and Sports Illustrated, the MLB is considering radical changes to the way October baseball is run once again. And while there is not much to like about this dreary and clustered off-season which made just about everyone aside from a select few teams angry, this new postseason format is an excellent way to end the doldrums of winter with no baseball.

Major League Baseball has been looking for ways to drum up more business by attempting to shorten games, trying to bring back player personalities like the golden age of baseball with family-friendly events like Players Weekend and the Little League Classic and even tweaking the postseason format in 2012 to allow for a second wild card team. The changes Manfred and others in the MLB have planned keeps with this trend of making baseball more exciting.

The changed format would expand the playoff field to seven teams per league, which would be increased from the current five teams per league. At this moment in time, the MLB has the lowest playoff inclusion rate of any league at just 10 out of the 30 teams playing baseball into October. But with the proposed switch, the MLB would be right next to the NHL, who has 16 of their 31 teams in the Stanley Cup Playoffs, in terms of playoff participation.

It’s a real win-win for the owners. They get money and their team gets to play in high stakes games. Simple as that.

But less simple is the little wrinkle that has been thrown into the October baseball mix.

The team with the best record in each league would receive a bye while the remaining division winners would get to select the opponent they would like to face in the opening round of the playoffs on a live TV broadcast done after Game 162.

MLB postseason is all about strategy and playing your cards right, and this new playoff idea would fit right into that lane. Division winners would have four different wild card teams to choose from, leading to the speculation of who they might want to face. Would a team opt to choose a team that might have problems in their rotation or would they rather face that doesn’t have a great heart of the order?

Also, how would the team who gets picked by the best division winner feel? They might have a chip on their shoulder from being looked upon as “the worst” team in the playoffs, which gives them a little more motivation to knock off their opponent in the quest for the Commissioner’s Trophy.

While I am thrilled by this wild pitch that Manfred gave the baseball world, there are few reservations to be had with the format in practice.

First of all, the MLB season is laborious enough as it is. 162 regular season games being played from either late March or early April until summer turns to fall in September with very few rest days can wear down these athletes. Adding even more baseball if the MLB decides to make the opening round a three or five game set on top of three more rounds if a team advances to the World Series could wear them down even more.

And if the opening round were to be a series instead of a one-game elimination round, that could very easily extend the season past October and into November, when only two World Series out of the 115 have been played. All of that would shorten the off-season by a week at least.

Aside from all of that though, while Manfred’s idea is a wild pitch, I say that it could not be more on the mark for modernizing the game and rejuvenating fan’s interest in America’s Pastime.