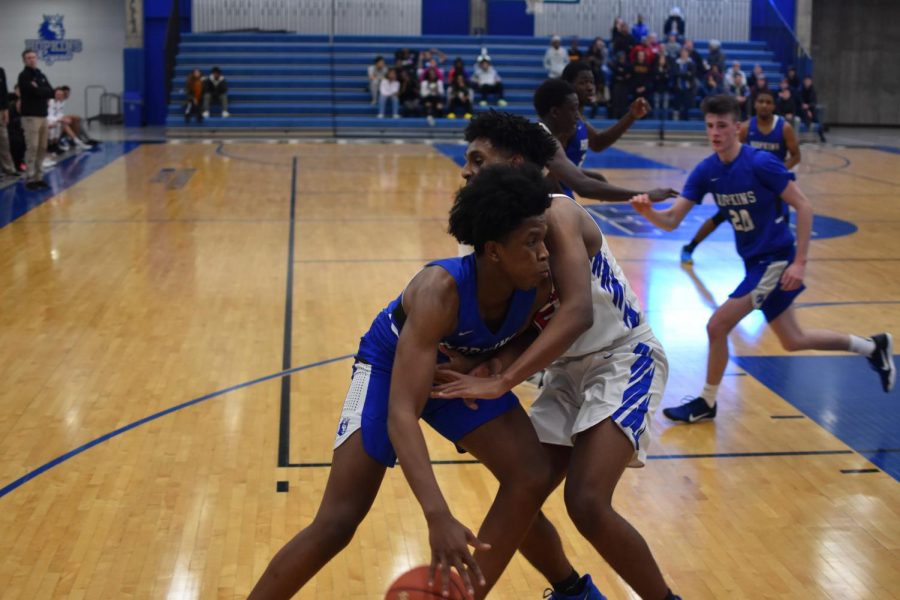 Andrew Chisley, junior drives baseline in a game against Armstrong. The Royals have a current record of 12-4.

After falling to the number one team in the state, Eden Prairie, the Hopkins Royals boys basketball team is currently on a three game win streak.

The first coming against rival Wayzata, followed up by conference win over STMA, and finally a weekend victory over weaker Hibbing.

All three games had one thing in common. Hopkins destroyed all of them.

Each win was of at least 30 points and all of them felt like it was over before it started. The Royals started early and never looked back getting up by hot shooting, and blistering defense.

Much of this success is because of superstar Kerwin Walton. The best shooter in the state has been on a tear this season averaging almost 24 points a game.

Hopkins hosts the Minnetonka Skippers tonight at 7pm. Tonka has a record of 9 wins and six losses and they were as well on winning streak until last Friday, when Wayzata defeated them 77-69.

Much like Hopkins, Minnetonka has a bonafide superstar. 6’8 senior Cam Steele has committed to Abilene Christian and is averaging 22.9 points per game.

The Skippers do not have a deep bench, sometimes only playing five guys, usually playing seven. Hopkins is the opposite and have been known to play up to ten guys.

Currently ranked fifth in the state, a win tonight could mean moving up in the top ten. However, the four teams in front of them haven’t lost in over two weeks, Hopkins may be stuck at five for awhile.

Luckily for the Royals, they have a relatively easy schedule coming up. Four straight home games against opponents they can beat before going on the road to Eden Prairie.

As older Hopkins alumni remember, Minnetonka is the true rival for the Royals and even though it has been one sided in recent history, each game brings something new.