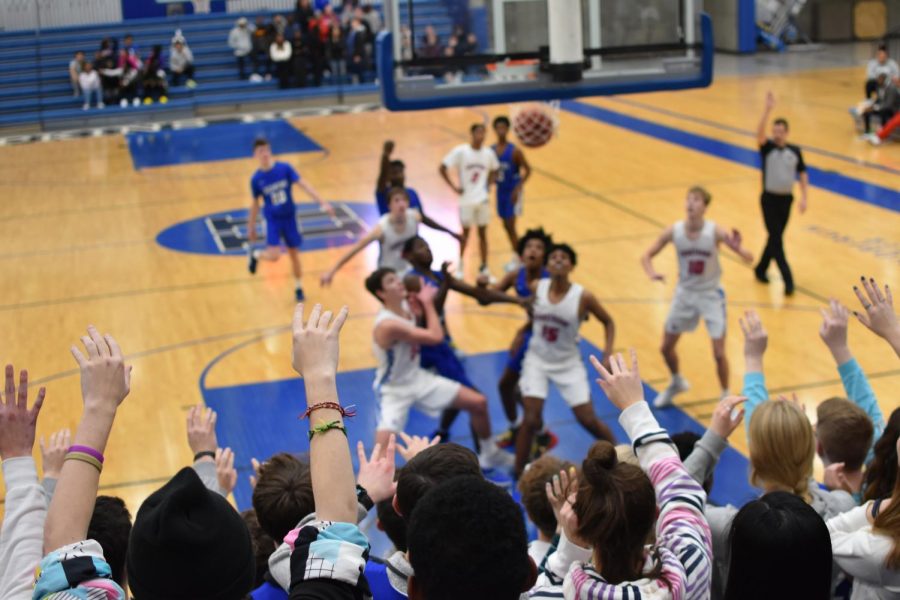 There aren’t many times someone could say that Hopkins is coming in as the underdogs in a basketball game.

Tuesday evening’s contest might be one of the few exceptions.

The Hopkins Royals take on the Minnehaha Academy Redhawks at the Lindbergh Center at 7 pm on Dec. 17. Minnehaha began their season ranked 15th in the country, and could be the toughest test the Royals have faced in recent memory.

With three consecutive state titles at the 2A level and all five starters returning, Minnehaha Academy looks like the team to beat. They are led by 5-star recruits, senior guard Jalen Suggs and junior center Chet Holmgren, who are ranked #6 and #2 in the country in their respective classes.

Minnehaha Academy has been receiving major media coverage because of the talent on their team this season, with Star Tribune predicting that this year’s Redhawks squad could possibly be the state’s all-time best boys basketball team.

While they may be very talented, the Redhawks will not finish the year undefeated as many high school basketball pundits predicted. Minnehaha dropped their second game of the season 75-66 against the #2 ranked team in Class 4A, the Cretin-Derham Hall Raiders, who give the Redhawks a run for their money as the best team in the state.

Minnehaha and Hopkins have had some history as they met twice last season, both games resulted in victories for the Royals, which led to be the only losses Minnehaha had all season.

In this clash of Minn. basketball titans, all eyes will be on Minnehaha’s Jalen Suggs, Chet Holmgren, and Hopkins’ Kerwin Walton.

Suggs is arguably the best player in the state in both basketball and football, he leads the Redhawks in scoring with 23.3 points per game. His partner in crime is the lanky 7 foot center Chet Holmgren, who many scouts call the best shot blocker in the country. Chet was one of the biggest stories of the summer, as he went from unranked to #2 recruit for the class of 2021 within a matter of months.

The Royals are led by senior sharpshooter Walton, who is regarded as one of the best pure shooters in the nation. Being the only returning starter for Hopkins, He has taken a bigger role than ever before, and has averaged 24.7 points per game despite dealing with some early season injury concerns.

Walton and the Royals come into the game with a 3-2 record, coming off a 78-67 victory over Wisconsin’s Nicolet. They hope to improve to 4-2 and ascend up the Class 4A rankings with a massive win tonight.