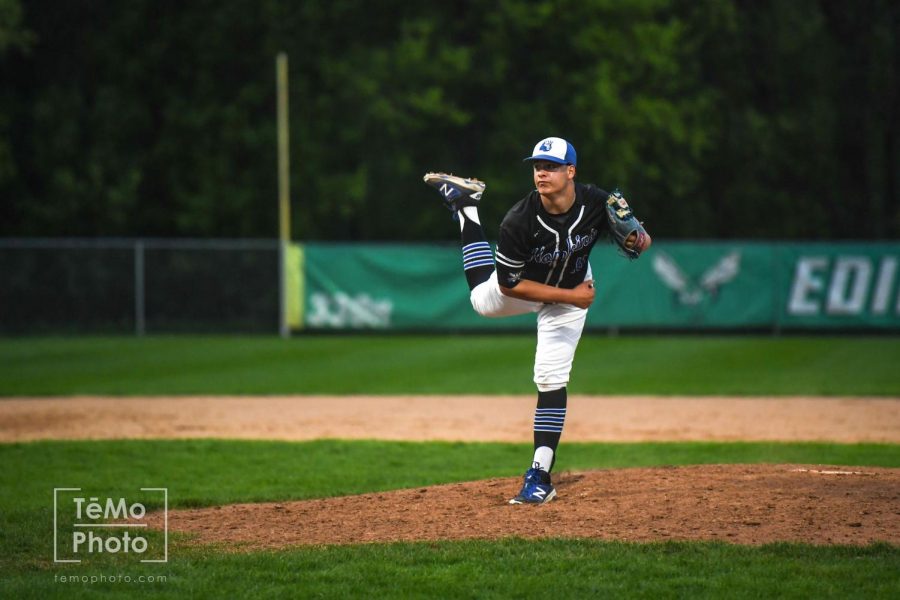 Joey Hurth, senior, pitching in a game against Edina. Hopkins looks to win the section 6A tournament again this year.

As the college signing season has come and gone, Hopkins baseball has yet another Division 1 baseball talent. Joey Hurth, senior, has committed to play baseball at Indiana State University.

With a record of 43-18 in the 2019 season, Hurth looks to help contribute to a well-established program.

“I really liked their coaches and they’ve had a lot of success. Last year they had a really good season and were able to make the tournament. They are a really good program that I am happy to be a part of,” said Hurth.

The team won two games in the NCAA Regional before eventually falling to the National Champion Vanderbilt Commodores.

As a homegrown talent that has played Hopkins baseball throughout little league, travel ball, and high school, Hurth is very excited to play college baseball.

“Committing to D1 baseball was really exciting and a big weight off my shoulders. The entire process can be pretty stressful, so I’m happy to be with the right school,” said Hurth.

With a section championship win last season, Hurth and the other seniors on the baseball team look to make another run at the state championship before going off to college.

With the powerful pitching and hitting of the recently committed Hurth, his final season at HHS looks bright.