Minnesota football thriving at all levels 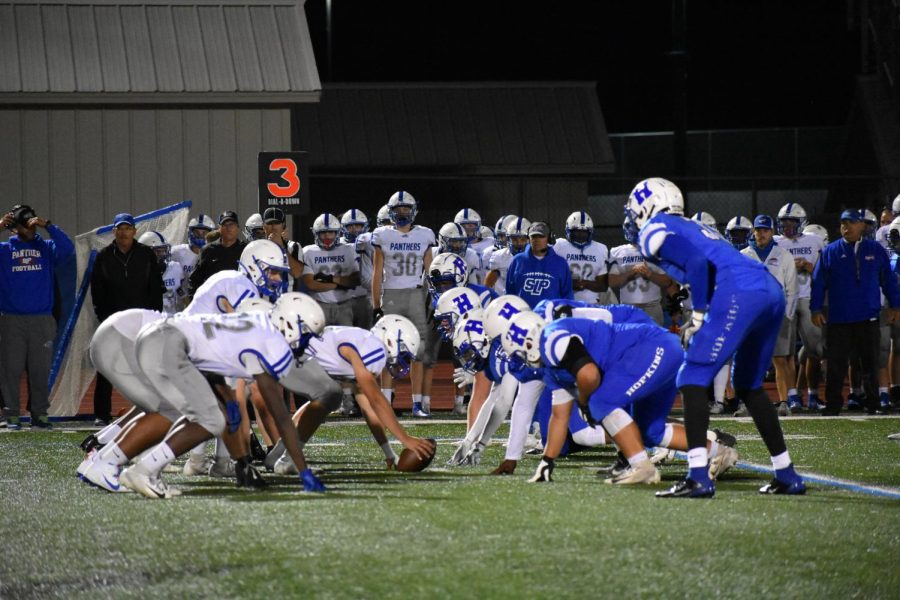 Hopkins and Spring Lake Park about to snap the ball. SPL won this game 13-7

A famous person once said “There is no time like the present.” For myself and many others at HHS, this saying lives true on the football side of the Minnesota.

The Hopkins Royals football team, despite being given an undeserved seven seed in the 2019 state tournament, had a 6-2 regular season. Their two losses came against Armstrong and Spring Lake Park, two of the best teams for the 5A class.

Hopkins went undefeated on the road this season, including a memorable game in the snow away against Coon Rapids. The game featured four interceptions, all from seniors. However, the senior connection of Noah Kim and BJ Murff for a late touchdown stole the show.

The Royals have a rematch against Lakeville North in the road to state.

Moving on to the next level of Minnesota football, the Golden Gophers are having their best season since the early 2000s.

The Golden Gophers aren’t just winning games, they are blowing teams out. The mix of a killer passing attack led by WR trio Tyler Johnson, Rashod Bateman, and Chris Autman-Bell as well as a ground game that rides behind the biggest O Line in the Big Ten.

After three straight non conference games where it looked as if the Gophers might lose, Minnesota has rallied for four straight Big Ten wins. Scoring more than 28 points in every game this year.

The defense hasn’t been unbelievably great or anything but the offense is clearly the story. However, the Joe Rossi led unit isn’t bad by any means, the Big Ten is just really good at defense.

Since making Rossi defensive coordinator in the middle of last season, the Gophers have only lost one game to then ranked Northwestern.

Finally, moving on to the professional level, the Minnesota Vikings are putting together a very solid year.

Many fans had doubts going into the year, these doubts were increased after a 2-2 start, including two losses against division rivals. However, Kirk Cousins and the rest of the Vikings pulled it together and won three straight games.

The offense has been nothing short of spectacular, Cousins firing on all cylinders. Add in two superstar receivers and one of the best running backs in the league, you have a dangerous unit.

For myself and many others at HHS, football is thriving and can’t wait to see where it goes next.