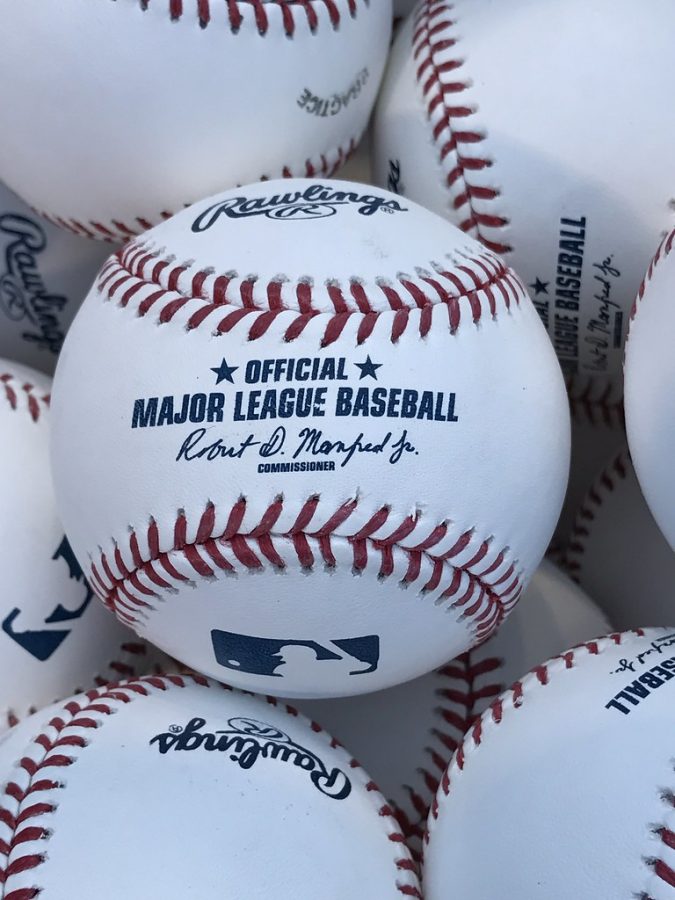 Today I will stray away from my normal topic of discussion, the Minnesota Twins. Instead I will look into the upcoming playoff picture and who I see in the World Series and becoming the next world champions.

Now it may be a bit premature to predict the World Series winner this year with the playoffs not even set, but that’s why I’m here, for speculation and bold predictions.

This is how I see the American League wrapping up:

I think the Astros will pull away with the one seed over the Yankees, leaving the Twins at the three seed.

The problem that comes to question is who will be in the wild card game in the American League?

There are currently three teams with an actual chance at making it to the one game playoff showdown, the Indians, Rays, and Athletics. The one team left in the dust at the end of the season will be the Cleveland Indians.

The only reason the Indians won’t be in the Wild Card game is because of health. Jose Ramirez isn’t coming back until next season, Corey Kluber not quite back, and their everyday players are consistently banged up. If the Indians are healthy, they are in the game, no doubt, but that’s not the case this year.

Continuing with the AL, the matchups would be the (1) Houston Astros versus the (4) Tampa Bay Rays or (5) Oakland Athletics and the (2) New York Yankees versus the (3) Minnesota Twins.

To start, I’m taking the Tampa Bay Rays to win the Wild Card game because I think that Charlie Morton, who is having a phenomenal year, will shut down the Athletics hitters. That leads to the Rays facing the Astros and in that matchup I’m taking the Astros. The Astros are too good to go against, and I think they clean sweep in the Rays in the ALDS.

On the other side of the AL are the Yankees and Twins, and as much as I want the Twins the win, I don’t think they can prove history wrong. The Twins have lost the last 10 games against the Yankees in the playoffs, while I think the Twins will snag two wins against the Baby Bombers, it won’t be enough.

This leaves the two powerhouses in the AL to face each other to get to the World Series, and again the Astros are way too good to go against this year. They have three aces in their rotation with Justin Verlander, Gerrit Cole and Zack Greinke. I think the Astros go up 3-0 then drop game four, but recover quickly and end the series in five games.

Now onto the National League:

The top three seeds in the national league are pretty locked up and I think they stay the same as they are right now.

The Los Angeles Dodgers will get the one seed, following suit will be the Atlanta Braves with the number two seed and rounding out the division winners will be the St. Louis Cardinals at the three seed.

The tricky situation in the NL is the Wild Card game. With six teams within three games of each other, it’s hard to pick two that will come out on top.

One team that I believe is a lock for the Wild Card game are the Washington Nationals, and that’s because they are three games up, while their schedule may be tough, I have confidence that Mad Max Scherzer, Trea Turner, and MVP vote getter, Anthony Rendon will carry the team to not only to the one game playoff but a victory at that.

Obviously, I just stated that the Nationals will win the Wild Card game, but the team that they will beat in that game will be the Chicago Cubs. That isn’t because the Cubs are the best team out of those six remaining in the race, but rather the other teams will fall apart.

The Mets have a pretty tough schedule the rest of the way, the Brewers will falter without potential MVP Christian Yelich, the Phillies star players aren’t living up to expectations and that is what will destroy them down the stretch, and the Diamondbacks are on an unreal run but just got swept but the Mets and will stay cooled off.

The matchups would then be the (1) Dodgers versus the (4) Nationals and the (2) Braves versus the (3) Cardinals.

On the other side of the NL, the Braves will beat the Cardinals in a well fought five game series.

After narrowing down the playoffs into two teams, the Nationals and the Astros. With the Nationals riding their first appearance in the World Series ever, I think the Nationals get ran through in the world series by the superteam. I’m taking the Astros in the series in 6 games.

We will revisit these predictions when the playoffs get set and then again after the world champions get crowned.