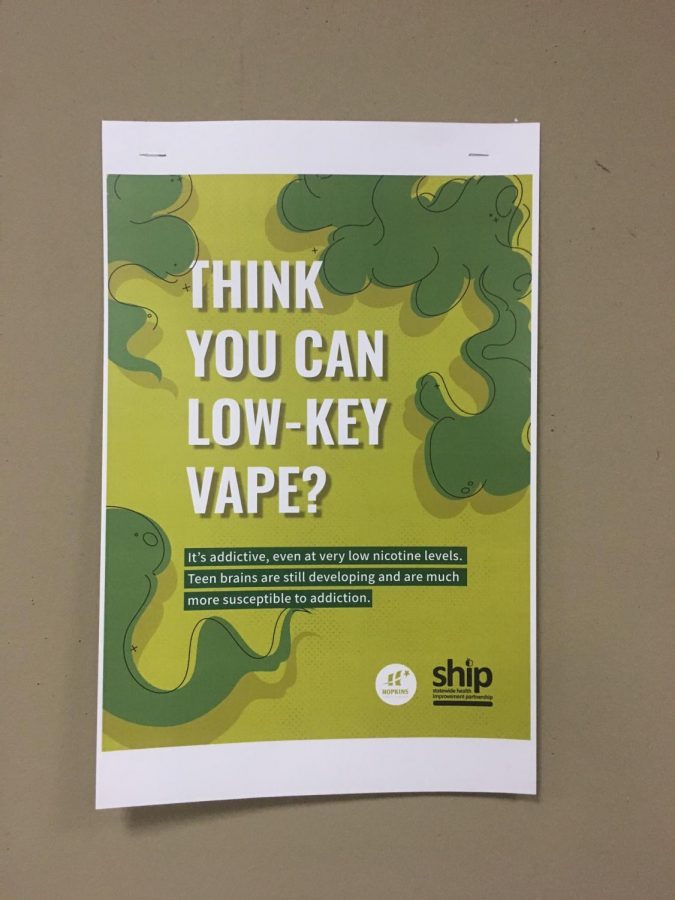 An example of the new vaping posters, this one found in the West Wing. These have been revamped from last year.

This past Friday, the class of 2020 headed to the auditorium and were immediately swept into the reality of their preparation for graduation and ultimately adulthood.

Even though it has not been a week since school has started for seniors, tassel colors and the senior fee were among the many topics discussed by Principal Doug Bullinger.

“It is just crazy to think that we have not even had homecoming yet, but are already getting news about graduation,” said Conrad Gausmann, senior.

The expected topics like academic integrity and parking were also discussed, but vaping received more attention than it has in years past.

The effects of vaping and usage amongst teens has been a hot topic for the past few years, but this summer e-cigarettes seemed to top headlines more than ever.

As reported by the Washington Post, the first death that was officially connected to vape usage occured in August. Since then, NBC reported that, as of today, two more deaths have occured and the CDC is investigating another one.

HHS has been expanding its usage of vape prevention by introducing more posters about the risks around the school.