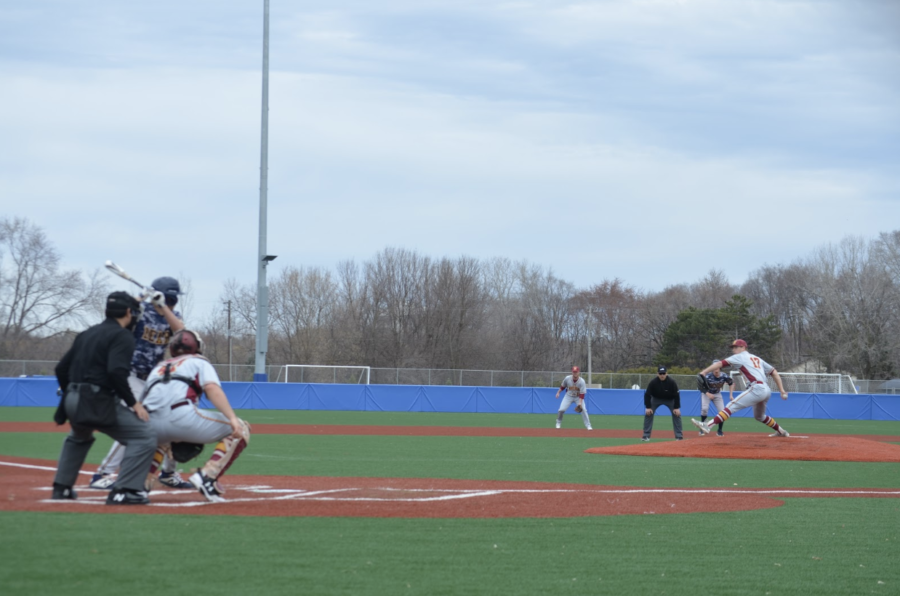 It was just a year ago when Hopkins High School unveiled the brand new turf baseball field and ever since that moment, it has served multiple teams, not just the Royals.

Yesterday, it took hosting teams to a new level when the Concordia St Paul Golden Bears faced off against the Northern State University Wolves in a battle of DIII college schools.

The Golden Bears, who are coached by Hopkins West Junior High social studies teacher Neil Lerner, came into the game with a 17-12 overall record and a conference road of 8-9.

Lerner is also familiar with HHS as he once coached the varsity baseball team for seven years making the state tournament three times. Lerner was also a member of the Post 320 Hopkins legion baseball team.

Northern State dominated the game as they beat the Golden Bears 12-0.

The field itself is in prime condition and one of the only fields in the state ready for action due to it’s artificial turf.

Hopkins is joined by Minnetonka as the only teams that have turf fields in the state, giving them a huge advantage. With the snow of Minnesota winters trickling into spring, teams take every chance they get to be outside, and not in a gym.

The Royals baseball team is currently ranked ninth in the state and look to improve and make it back to the state tournament for the first time under three year coach Jason Mihalakis.