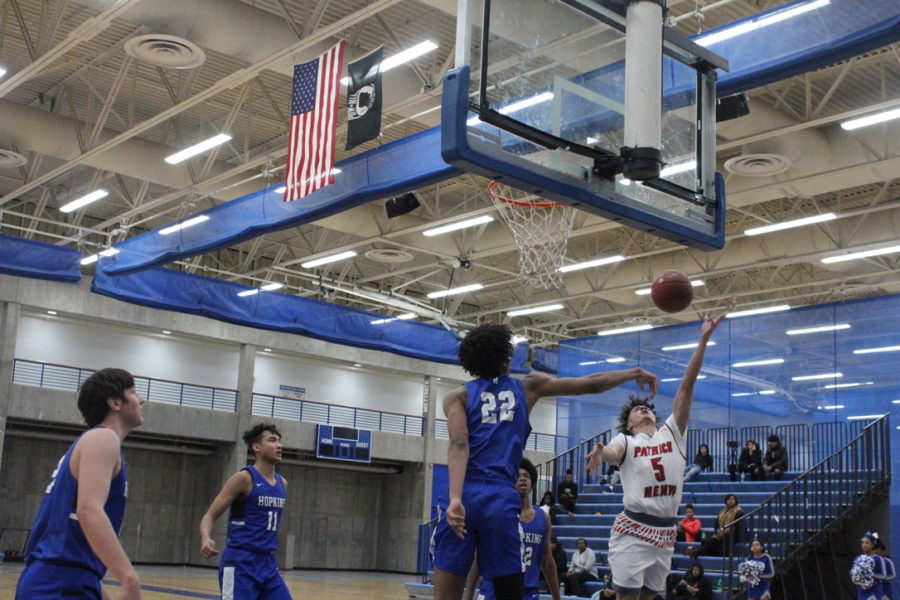 Zeke Nnaji, senior, plays defense. The Royals take on Wayzata tonight with a bid to state on the line.

The Royals faced the Saint Louis Park Orioles on Mar. 8, after having a bye in the first round of the section tournament, Hopkins had to make a statement after losing their final regular season game.

The Royals defeated the Orioles by 23 points with Nnaji dropping 46 points on SLP.  A large part of that happening is the Orioles big man, senior, Anthony Rayson, went down early with a knee injury.

This next game is a big one for the Royals. Over the last two seasons, the Royals have faced the Wayzata Trojans in the section final at Osseo High School and lost both years.

The Trojans leading scorer in that game was senior, Jacob Beeninga with a 30 point performance. The Royals leading scorer was junior (sophomore at the time), Kerwin Walton with 18 points.

In the 2016-17 season, the Royals lost in a 16 point blowout to Wayzata.  The Trojans were headlined by Alumn, Ryan Lindberg who scored 16 points in that game.

The Royals leader in points that game was Alumn, Ismael El-Amin with a 17 point performance.

Easy to say, the Royals need this win, not only to make the state tournament but to get revenge for how the Trojans ended Hopkins’ season the past two years.