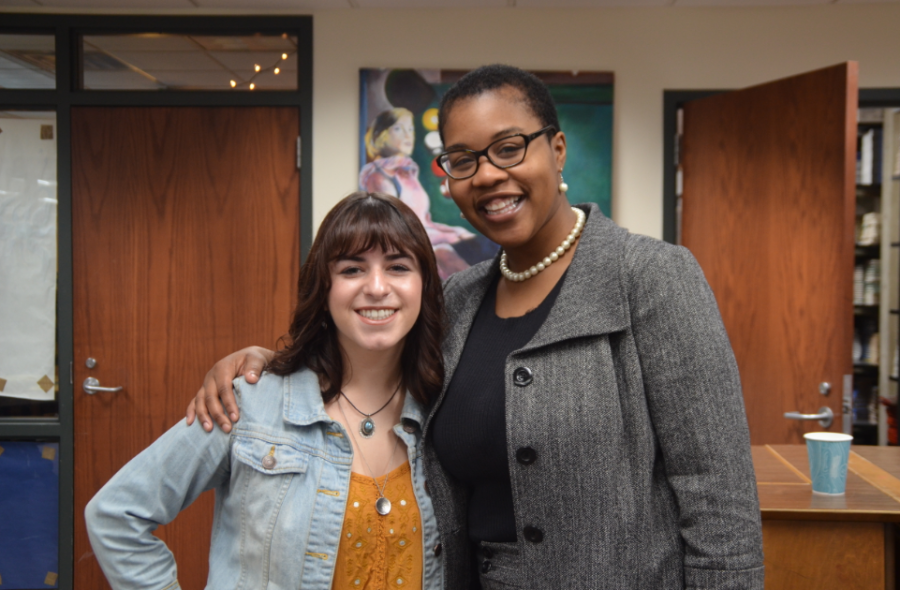 On Thursday HHS had the opportunity to listen to Leslie Redmond, President of Minn. NAACP chapter. In her talk, she spoke about her initiatives to better the community. She focuses on the three C’s platform, Communication, Collaboration, and Compassion.

Redmond was born in DC and grew up a city girl. After high school, she was a first-generation college student who attended Miami University in Florida. Next, she moved to Minn. where she attended St. Thomas for her MBA. While being heavily involved in the NAACP.

“St. Thomas is very white, I was the only African American in all of my law classes. That is a big deal for someone like me because I’m from the inner city of Washington, where my public schools were like 99% black, and even out there it was more diverse. Going to St. Thomas was a very interesting experience,” Redmond said.

While attending St. Thomas she faced a lot of situations where she faced being a minority in the school. While there she saw the challenges that African Americans had in schools like St. Thomas, which helped her be the change that she wanted to see at non-diverse schools.

Redmond focuses on one of her three C’s, Compassion. She found so often that people asked her about how she felt about the racist comments that went around.

“I remember high school and I recognize that it is rough, and I recognize in this culture that a child is going through right now, the political climate, with everything that is going on in the word. It is challenging. That you all need to be having conversations, you all need to be checking in on each other. If you see something that is going on in the world that is impacting the ones around you and that person is from a demographic, you should reach out and say hey how are you doing, not only when it is problematic stuff,” Redmond said.

Next was Redmond’s collaboration idea. She spoke about how she wants everyone to be able to contribute their talents to the community so that everyone had the opportunity to be their best self no matter their race.

Redmond then discussed how Hopkins can work to be the best for everyone.

“The best thing you can do right now is investing in yourself right now and reinforce that you are becoming a good person and that you are thinking about your future and what you are going to do next. And again having compassion towards yourself and having compassion towards each other. I think love is a great form of activation and right now what we need more than ever is love because we live in a very divisive environment where we would rather be right than love on one another and have compassion and listen for understanding and be able to be reflective and saying I might not be able to agree with you but maybe I understand you a little bit better,” Redmond said.