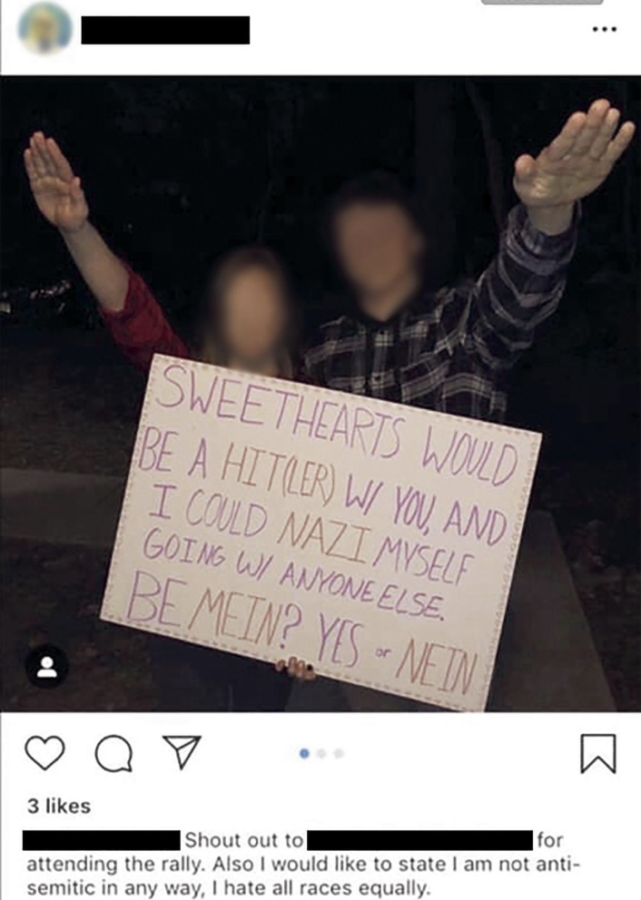 Earlier this week, a controversial post was uploaded to Instagram featuring Nazi references and a Minnetonka High School couple posing with a Nazi salute.

A senior at Minnetonka, posted a photo of herself asking a fellow student to their school’s annual “Sweethearts” dance featuring references such as “Sweethearts would be a Hit(ler) with you,” and “I could Nazi myself going with anyone else.”

“This deeply offensive message in no way aligns with our school core values: do the right thing and represent us well,” said Jeff Erickson, Principal at Minnetonka High School.

Since them, the internet has been vocal about the controversy the post has caused, bringing it to Twitter.

Tweets have been flooding in, some being in form of speaking about how wrong their actions are and how the students should be punished, Tweets on behalf of the Jewish community and embarrassed MHS students have been making headlines.

Since then, the Principal Erickson has made a public announcement regarding the offensive action and how the school will be handling the case.

“The students involved have since removed the message; I will not go into the specific details of what it said. As with any student disciplinary matter, we are governed by data privacy laws and will not be sharing details about the students or the consequences they will face for their actions,” said Erickson, via letter to the Minnetonka district. “Please know that we take this matter seriously and are committed to ensuring a safe, positive environment for all students.”

24 hours after the photo was found by MHS administration and taken down, a public apology was sent out via Instagram, off of a new account, not belonging to either of the students. It has not been confirmed who posted the comment.

The apology reads as: “I apologize for my stupid mistake. There was no intent to offend anyone. Dm me if you would like to discuss anything.”

Despite the couple being identified, the schools district has not identified any consequences due to data privacy for either.