Preview: Hopkins travels to Minnetonka looking for revenge in the Lake Conference 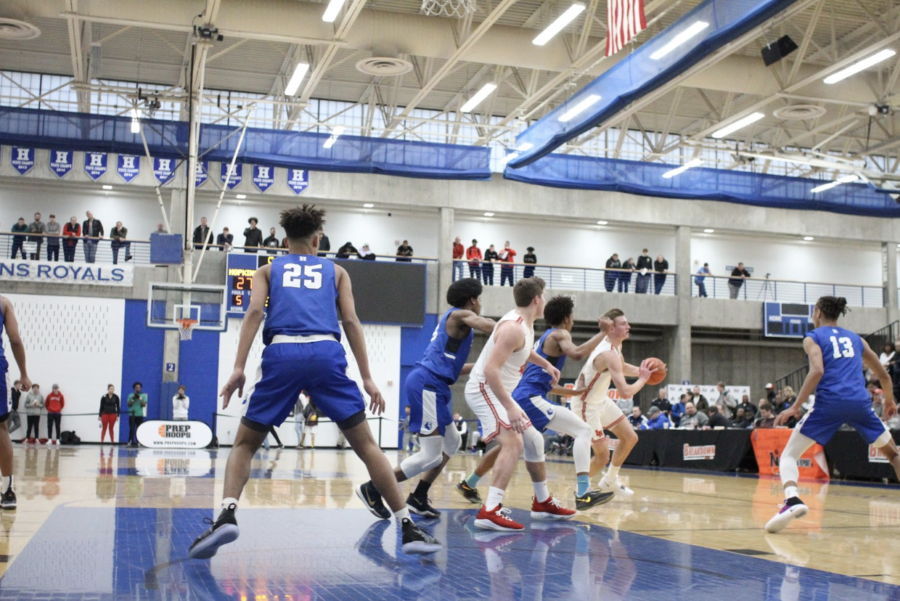 Jaelen Treml, sophomore, plays help defense in a game against Lakeville. Treml is a role player for the Royals.

The Royals 12 game win streak was broken on Jan. 11, by the Edina Hornets.  The Royals put up a great fight but finished on the bottom, taking a one point loss on the first day of a back to back.

The Royals and the Hornets had a close game throughout. It was back and forth for the entire game, neither team gaining a significant enough edge.  In the end, Edina came out on top.

The next day, Jan. 12, the Royals bounced back, defeating St. Paul Central by 17 points during the T Will Showcase.

Stafford and Dearring are both averaging over 10 points per game (PPG) this year.

The Skippers are currently 8-4 and have not played a Lake Conference game until tonight’s matchup. The Skippers are coming off of a 14 point loss to Waconia at home behind junior, PJ Hayes’ 26 point performance.

The leading scorers for Minnetonka are junior, Cameron Steele, with 23.3 PPG, and senior, Gavin Patton, with 23.1 PPG.

The Royals take on the Minnetonka Skippers tonight at Minnetonka at 5:30 pm.