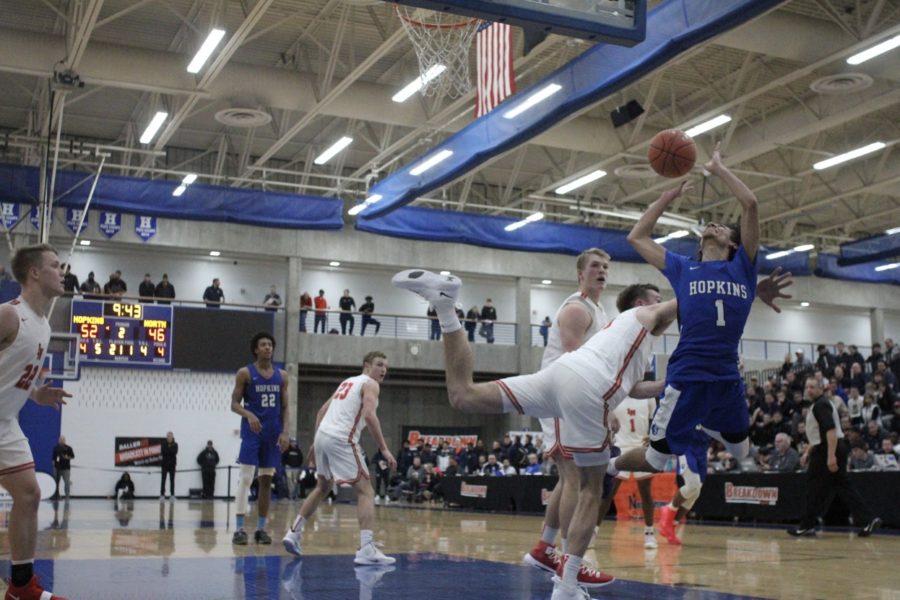 The Royals boys basketball team has continued their dominance through the end of 2018 and look to feed off that momentum into 2019.  The first matchup for the Royals this year was at Annandale, and took a commanding 53 point victory over the Cardinals on Jan. 8.

The leading scorer for the Royals was Zeke Nnaji, senior, with a 22 point performance.  Jalen Dearring, senior, and Kerwin Walton, junior, were the second leading scorers, both with 16 points.

The Royals take on the Edina Hornets on Jan. 10. Edina will be the Royals first Lake Conference matchup of the year, and the Royals currently have five more win than the Hornets.

Going into this game, the Hornets are 6-4 overall, and last in the Lake Conference. The Hornets are currently on a two game win streak, after defeating Holy Family and St. Louis Park by over 30 points each.

Edina’s biggest victory came during this current win streak, at Edina High School, where the Hornets defeated St. Louis Park by 38 points with a final score of 89-51.

The Hornets leading scorer is Jack Middleton, senior, who is averaging an impressive 28 points per game (PPG). During the game against St. Louis Park, Middleton scored 43 points in that blow out victory.

Overall this season, the Royals leading scorer has been Nnaji, with over 22 PPG.

The Royals look to extend this 12 game win streak to 13 tonight at Edina High school at 5:30 pm.