Vikings come up short on the playoff hunt after disappointing season 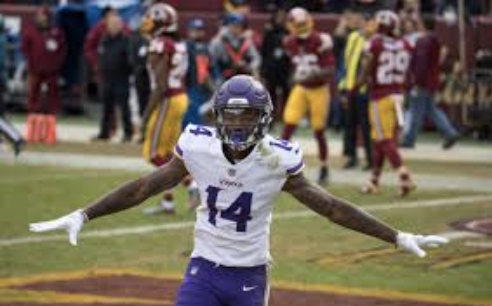 Where do I start?

I’m going to start off by saying it was not a complete waste of money to spend 84 million dollars on Kirk Cousins because we still have two more years with him. I am still on the full on Kirk Cousins train and I am very happy we signed a great QB. He was good this year. That does not make him innocent.

There is a lot of blame to go around. Zimmer, Cousins, Spielman, and heck even Daniel Carlson. If he makes even one of his three field goals that he missed in week two against Green Bay, we win that game and would’ve clinched a playoff spot in week 16.

But I’m not to say that are season was lost all because of him. Our season was given up when we were beat at home to the 6-10 Buffalo Bills in week three. That was one of the worst Vikings games I have ever experienced in my life. I knew our team was toast after that game.

We had glimpses of hope. In games against Detroit in week nine, Green Bay in week 12, and Miami in week 15. However these games meant nothing because all of those teams suck and it’s not a surprise that we defeated them.

Yes, we had a tough schedule. I can accept four of the seven losses we had this year. Bears away, Saints home, Patriots away, Rams away. I can’t really accept the losses against the Bills at home, Bears at home, or Seahawks away. I’m not saying we should’ve won those games, but we didn’t show up in these three. We played better against the Saints at home than the Bills at home, that’s just unacceptable.

Bad year for the team. We can take out great individual seasons for some players. Thielen, Diggs, Hunter, Barr, Alexander, Harris, and even Holton Hill had great years that not many people were expecting. I also really hope the Vikings decide to re-sign Barr, he has been terrific as a Viking and is the best 4-3 outside linebacker in the NFL. Someone of his caliber and football IQ, is hard to find.

Let’s talk about Cousins. He put up the best numbers in his career, reaching 30 touchdowns for the first time. I like Cousins a lot. He is the best QB we have had since Favre in 2009. I have complete faith in Cousins that he will lead the Vikings to a Super Bowl. That is something I do not doubt.

However, things have got to change. Starting with, he needs to stop turning the ball over. He had 17 turnovers, 10 INTs and 7 fumbles. This has got to change. It will get better when we get a upgraded O-Line.

How bad can it get? The offensive line is by far the worst it has been for the Vikings in a long time. Elflein is good and O’Neil is solid as well, but that is it. Reiff fell apart this year and we pay Mike Remmers way to much to be this bad, he isn’t Sam Bradford. Do not even get me started on Tom Compton, he is so bad I can’t even explain.

This free agency, the Vikings should try and target Daryl Williams, Bobby Massie, Trent Brown, and Ja’wuan James at OT. As well as Adam Levitre, Ramon Foster, and J.R Sweezy at Guard. We don’t need a new center, Eflein is a good, young player.

Our defense has holes to fill as well. DT becomes a need with the absence of Sheldon Richardson, we could re-sign but most likely wont. David Irving from Dallas is someone I hope we target, or maybe even Ndamukong Suh.

At oustide linebacker, I hope we keep Barr but we still need someone to upgrade the spot that Ben Gedeon currently holds. There is potential for solid players here. Eric Kendricks’ brother Mychal is someone who has a lot of talent. As well as University of Minnesota alum Damien Wilson. Deone Buchannon, Thomas Davis, and Denzel Perryman are great too.

Another need is corner. Rhodes wasn’t great this year, and I don’t want to rely on Holton Hill and Mike Hughes to get the job done. Vikes should try for Bradley Roby, Jason McCourty, and the best of them all, Jason Verrett. If we could somehow get him, our defense becomes crazy elite.

I want to remind everyone that this was a disappointing season. The Vikings should’ve at least made the playoffs. They had too much talent to fail this year. If we don’t make the playoffs next year, which we have another tough schedule by the way including games on the road against the Chargers and Chiefs, people are going to be jobless.

I still believe in parts of this team. If we can plug a few holes with free agents or draft picks, watch out because next year, the Vikings are coming to play.