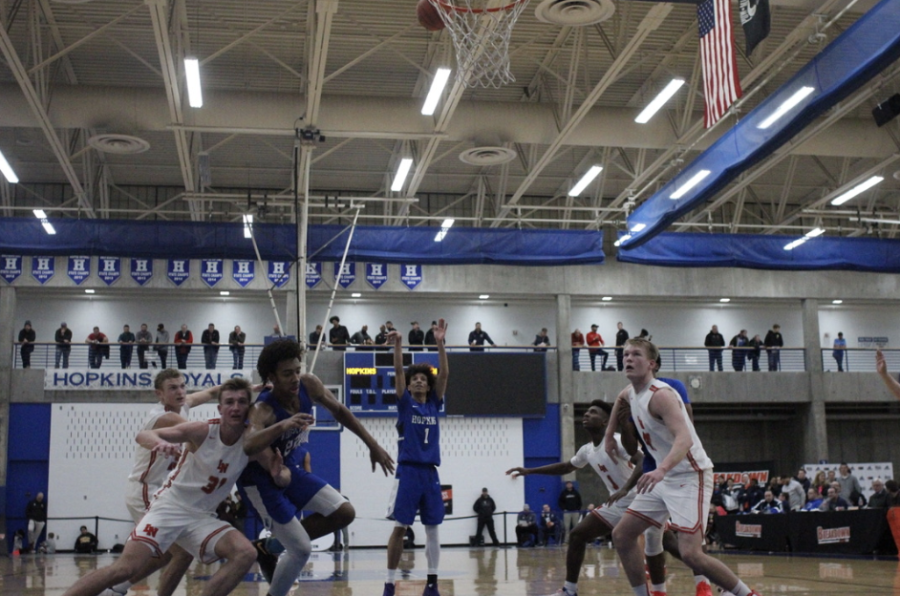 Jalen Dearring, senior, knocks down a free throw in the win against Lakeville North. Dearring is the starting guard for the Royals.

The Royals continue their win streak with a 14 point victory against the Madison La Follette Lancers. The Royals took a commanding W at home against Robbinsdale Cooper earlier last week and hoped to take that momentum into this game against the visiting Lancers.

The Royals have won all of their five games in a row after losing the season opener against East Ridge.

The Royals leading scorer for this game was University of Arizona commit, senior, Zeke Nnaji with a season high 35 points.  The Royals took a commanding lead in the first half, leading 38-26 after the first period.