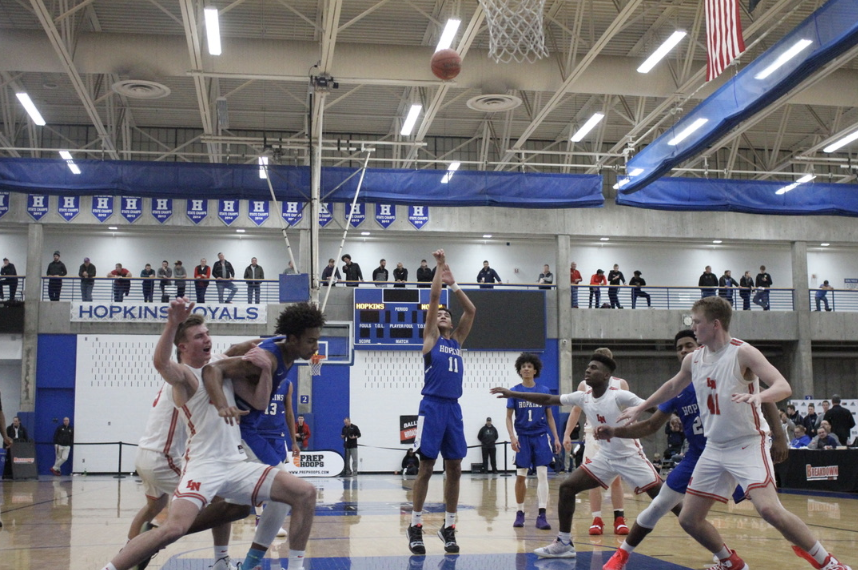 Andy Stafford, senior, puts up a free throw in the win against Lakeville North. Stafford is a starter for the Royals.

This game was absolute domination from the first second. The Royals took on the Robbinsdale Cooper Hawks at home on Dec. 13. Going into this game, the Royals were coming off of a seven point defeat against Minnehaha, which was their third straight victory.

After this game against the Hawks, the Royals are on a four game win streak and are currently first in the Lake Conference.

The second half was very similar to the first, in the sense that the Hawks did not score very much. It was basically garbage time for the entire second half.

Not only was this a big win, but it was an exciting one, with big dunks from Andy Stafford, senior, Zeke Nnaji, senior, and Jalen Dearring, senior.

After another domination period for the Royals, the final score for this victory was 71-29.

The Royals host their second of three straight games against Madison La Follette which is a visiting team from Wisconsin that is currently 4-1 and on a three game win streak.