Recap: Boys basketball with a decisive win against Orono 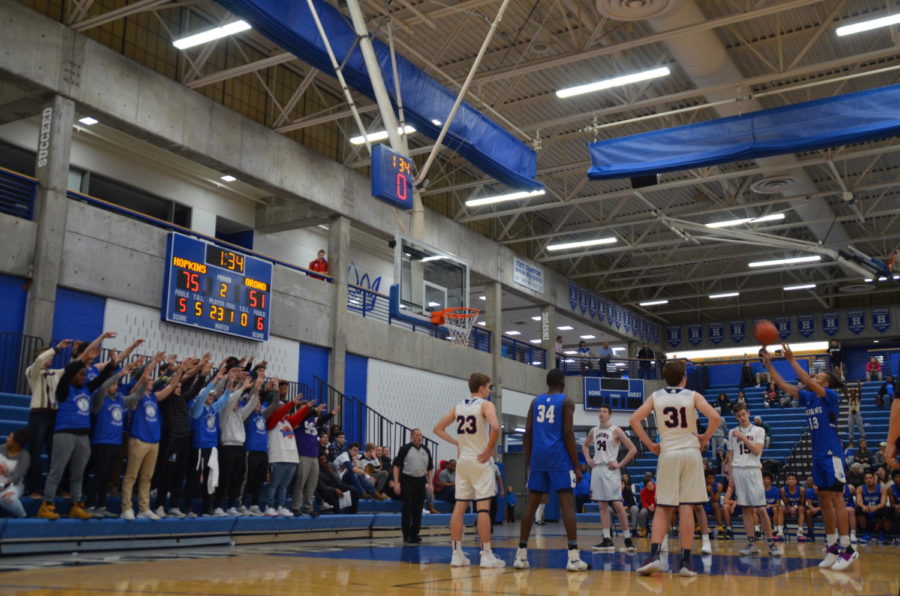 Rayquan Valentin, senior, shoots a free throw in the win against Orono. Valentin hit multiple three pointers in the game.

On Tuesday, the Hopkins Royals took on the Orono Spartans at home.  After an 0-1 start, the Royals looked to even out their record in their second game.

The Royals got off to a great start, scoring 14 points before Orono could score one, which created a gap the Spartans could not close.  The Royals ended the game winning by 27 points with a final score of 79-52.

The Spartans leading scorer in this game was Simon Rice, senior, with 19 points.  The Royals leading scorer was University of Arizona commit, senior, Zeke Nnaji with a 31 point performance.

Another big player for the Royals was Kerwin Walton, junior, who had 16 points, the second most on the Royals for this game.

It definitely felt like that big lead at the start of the game gave the Royals some great confidence, along with the fact that they were at home, feeding off the crowd.

After a nine point loss to East Ridge on Dec. 1, during the Big 12 classic at Cretin-Derham High School, the Royals win their first game of the season, at home.

The Royals take on Lakeville North on Dec. 8 at 3:45 pm during the Tip-Off classic at the Lindbergh Center.