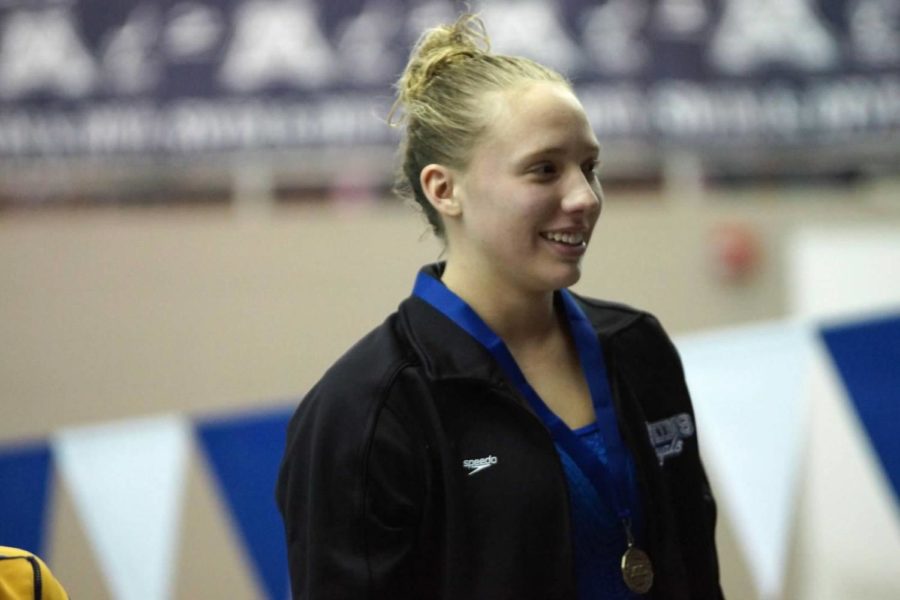 The Hopkins Royals girls swim and dive team had a very successful section final outing and placed second out of eighth behind only Wayzata.

Apart from placing second, the Royals will have six representatives on the University of Minnesota campus at the state tournament.

Some other Royals that did very well, but came up just short of qualifying for state were Kaija Pratt, junior, in fifth place,  Ciboney Reglos, sophomore, seventh place, and Yasmin Nachmias, sophomore, who came in ninth place in their respective events.

“It is very nerve wracking but also very exciting knowing that I have another chance to win again.”  Said Meland when asked about returning to state as a defending champion.

The Royals have a lot of experience going into this tournament as all six of the competitors have qualified for the state tournament at least once previously.

The qualifiers have a short week for preparing for state, but the tactic to prepare is very simple.

“We are preparing for state by resting up and I am feeling very excited.”  Said Hall.