Book review: Kobe Bryant; The Mamba Mentality; How I Play 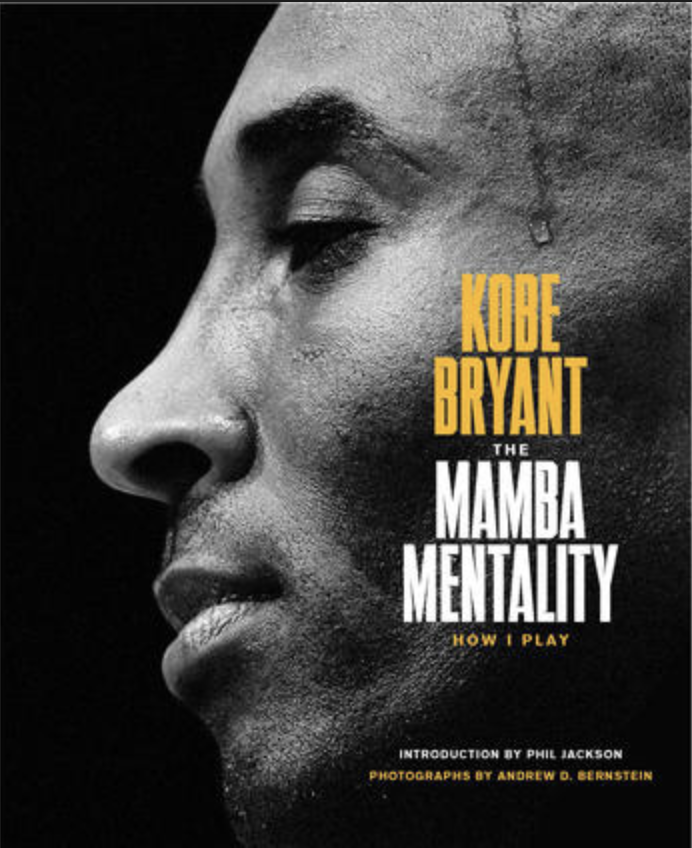 Ever since I really started liking the NBA, Kobe Bryant was always one of my favorite players, after hearing just a small percentage of the stories in this book I admired his work ethic. When I think about Kobe, the first thing that comes to mind is dedication, and that’s what a lot of his new book, The Mamba Mentality: How I Play, is about.

The book is split in three parts, part one is a collection of letters from Bryant’s teammate Pau Gasol, and long time coach Phil Jackson. Another important thing to mention is the fact that the book is full of different pictures of Kobe throughout his career taken by Hall of Fame photographer Andrew D. Bernstein.

The second part, titled Process, details Bryant’s pre and post-game rituals, different events throughout his career, how he felt about designing his signature shoe and much more that wore him down both physically and mentally during his 20 season tenure in the NBA.

Bryant goes on to tell stories about his relationship playing on the USA Olympic team with Coach Mike Krzyzewski, and how if he had gone to college, he would’ve gone to Duke.

The book says “Coach K and I became close friends when I was in high school.”

The biggest highlight of this section to me is on page 68 going onto page 69.  Page 68 is titled “Play Through The Pain”. In which Bryant tells a story about how he fractured his finger during a game in December of 2009.

“I asked him, ‘Is it going to get better?’ He said no. I said, ‘Exactly, there’s nothing we can do about it now and it can’t get worse, so tape it up and let’s go,’” Bryant said.

There is an entire page dedicated to the Mamba Mentality, where it came from, and what it means. Bryant tells a tale in which he tweeted #MambaMentality just because and it became a staple when mention his name.

“The mindset isn’t about seeking a result, it’s more about the process of getting to that result. It’s about the journey and the approach. It’s a way of life,” Bryant said.

The third part, Craft, is all about how he would play, whether it’s how he was feeling, or who he was playing, no matter what, Kobe knew he couldn’t play the same way every game.

The first page of this section is about how he was guarding Michael Jordan and how it was “A Teaching Moment.”

Bryant goes on to say that he is completely unbalanced while Jordan is standing with perfect balance which gives him the opportunity to do whatever he wants out of this post position.

I feel the most important thing Kobe says in this book is as follows.

“A big shot is just another shot. People make a huge deal out of clutch shots. Thing is, it’s just one shot. If you make a thousand shots a day, it’s just one of a thousand. Once you’re hitting that many, what’s one more? That was my mentality from day one,” Bryant said.

The fact that he never shied away from a big shot to end a game or a clutch basket during overtime is the most important thing about him.

Those are all the players he tells exactly how he felt about how they played, and how he would attack each of them on both sides of the floor. On pages 126 & 127, Bryant elaborated on playing NBA Hall of Famer Allen Iverson and how difficult it was to guard the legend.

He proceeds to tell the reader how Iverson’s coach, Larry Brown’s offense worked down to the second of how long they would play the game a certain way.

“Within Larry Brown’s system, there was an ebb and flow to Allen’s attack. The first couple of minutes, the team would get loose, move the ball, try to spread touches.  Then, from around the 10-minute mark, Allen would attack. I worked hard to decipher those patterns of attack,” p 128.

That just goes to show how much film Kobe actually watched, which he talks about in this book as well.

At the end of the day, I firmly believe that Kobe Bryant was addicted to basketball, and that he worked the hardest any NBA player has ever worked to be as great as he is.

I already knew what I thought was a lot about Kobe but after reading this book, I understand what other players and coaches mean when they talk about his work ethic and commitment to the game of basketball.