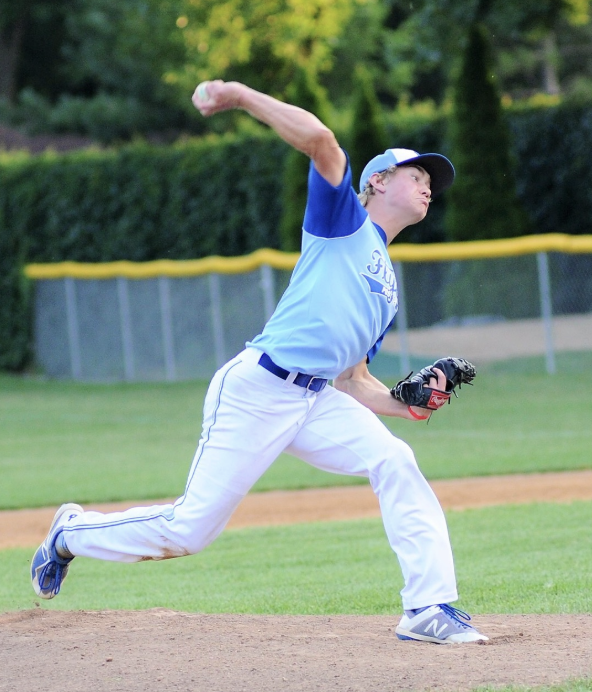 Wyatt Nelson, senior, throws a pitch in a summer league game. Nelson committed to NDSU this past week.

With the signing period starting in the beginning of November, pitcher, Wyatt Nelson, senior, has committed to NDSU to continue his baseball career.

“I had the option of playing at some bigger schools but was going to have to wait until my junior year to play and also didn’t receive any athletic aid,” said Nelson.

Nelson ultimately decided on NDSU due to the coaching staff and the university’s facilities. Nelson goes on to say that made that decision for three specific reasons.

“The first reason I chose NDSU is that is is close enough to home so that my family can come watch my games, which is really important to me,” Nelson said. “They’re my biggest fans and I couldn’t imagine going somewhere they wouldn’t be able to support me.”

According to Nelson, when meeting with recruiters from NDSU he felt that he was not being treated as “a tool”, and felt respect from the staff.

“I was able to develop a relationship with the coaches during my junior year. When they started recruiting me they had a clear vision for how I was going to come in and play my freshman year,” Nelson said. “They also saw me as a person instead of a tool, something you see a lot more of when you play at a higher level.”

A lot of a decision to commit to a school is if it is the right fit and if you feel comfortable being in that situation, and for Nelson, the situation at NDSU was right.

“My third reason was a chance to play. At NDSU they recruited me not only to pitch but also play outfielder and hit. Playing baseball to me is about playing the whole game not just pitching,” said Nelson. “Also having the chance to play right away as a freshman versus having to wait until junior year is huge for me.”

Now that this is Nelson’s last year at HHS, he would like to end his High School career well.

“To end my time at Hopkins, I would of course like to play for a state championship with a lot of the guys I grew up with,” Nelson said.