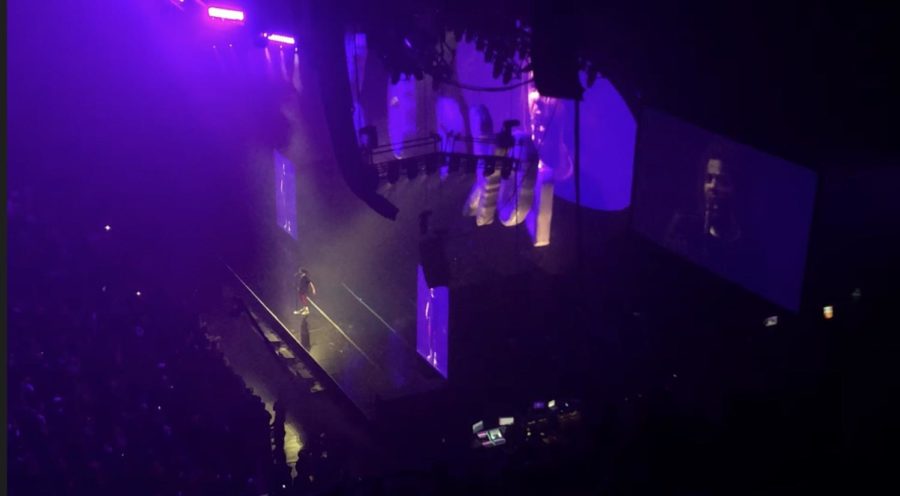 On a chilly Wednesday night, J Cole and company managed to heat up the Target Center with a stirring set.

Less than a month following the release of his fifth studio album, KOD, one of hip hop’s most popular acts, J Cole, announced that he would be embarking on his second arena tour in as many years. Cole also sent out an Instagram post a little over a week prior to his first tour date that Atlanta trap icon Young Thug, “The Icon Living” Jaden Smith, and Dreamville’s own duo EarthGang would be accompanying the North Carolina MC.

The circumstances surrounding the performance were not ideal for J Cole for a couple of reasons. He has had to deal with his home state of North Carolina go through tough times as a result of Hurricane Florence, which consequently forced him to cancel the much anticipated Dreamville Fest.

Young Thug has also gone through his fair share of personal drama over the past week stemming from drug and gun charges, leading to the cancellation of his shows last week.

Young Thug still showed up in Minneapolis, but he arrived later than anticipated and he seemed like the shell of a performer that he usually is. While on stage, Thug looked overall disinterested and lazily putzed around the stage for his half-hour set. Subpar performance aside, the fans in attendance seemed invested in Thugger’s crooning throughout.

The highlight of the pre-show came with via the act prior to Thug. Jaden Smith was an unstoppable ball of energy who was entertaining from start to finish. Smith even went out into the crowd at the Target Center to do a lap around the floor seats while also going into the lower level.

After two hours of opening acts, J Cole hit the stage at around 9:30. The Dreamville founder didn’t enter with much pomp and circumstance, simply appearing while the intro to KOD played through the speakers. He then transitioned into “Window Pain,” which was the outro from that album, which fans echoed word for word across the arena; a good sign of things to come.

What makes concerts such an interesting experience is how music heard on the radio and through streaming services play out live. J Cole turned records from all five of his albums into incredible orchestral pieces which did the song you would hear on wax a lot of justice. A majority of the songs were assisted by a miniature orchestra, some fantastic drumming, and great DJ scratches from DJ Dummy.

The best use of the orchestra came on the finale of the regular set, which was the title track “KOD.” Solid violining on the simple but memorable hook added a lot of depth to the song.

Even though the concert was centered around his most recent album, his throwback cuts off Cole World: The Sideline Story were some of the songs that people knew the best. “Work Out” and “Can’t Get Enough” were some of the most energetic and passionate songs from Cole.

Music was is just one half of the battle when it comes to performing. If you don’t have a connection with the crowd, then everything else falls flat. J Cole has always had an avid fan base, so either way the crowd was going to buy into it.

J Cole brought his crowd connection up to a 10 for this concert and broke the fourth wall on many occasions. He chatted candidly about not only his come-up, but how others should keep on continuing their dream. He would go in depth with the attendees for almost five minutes at a time and had a lot of advice to offer about how to deal with pain, America’s system of taxation, and how to enjoy the journey to prosperity.

Cole may not have had a full crowd on Wednesday night at the Target Center, but he gave the people watching quite a show.