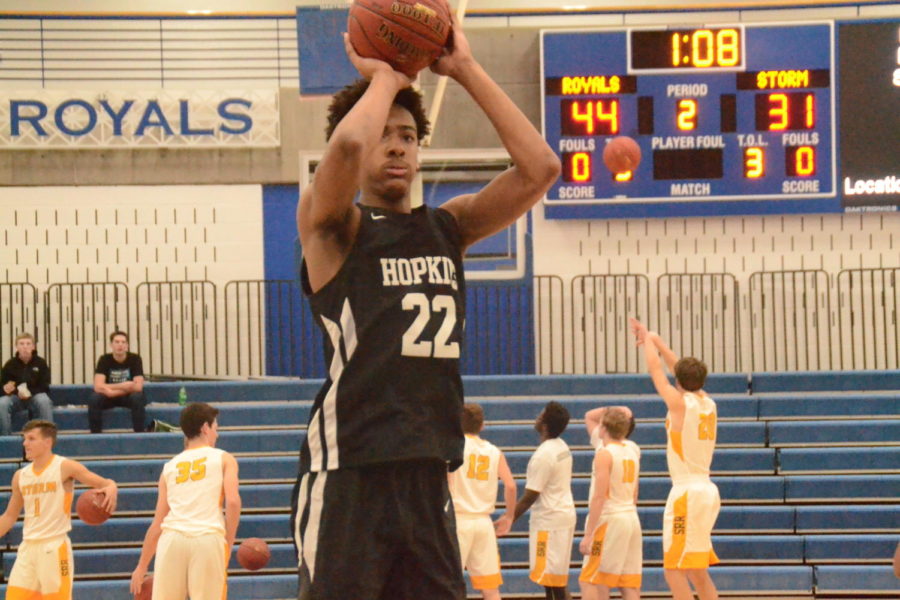 Zeke Nnaji, senior, warms up his jump shot in a game last year. Nnaji is an ESPN top 100 recruit.

Zeke Nnaji, senior, is ranked 37th in the ESPN Top 100 boys basketball players in the country.  He has received offers to go to 25 different Division 1 colleges. Big name schools include, Arizona, Kansas, Kentucky, Ohio State, UCLA, the University of Minnesota, and many more.

Nnaji has had staff members from three different schools try to recruit him to their program.  Wisconsin, Xavier, and Kentucky all had members of their coaching staff meet with him.

Nnaji is going into his final year at HHS and last year, he averaged 19.9 points per game where he led the Royals in scoring.

Nnaji’s AAU teammate, Matthew Hurt, is the sixth ranked player in the country and number one in the state in front of Nnaji. Hurt has had offers from, Kentucky, North Carolina, Kansas, Duke, as well as the Gophers.

Hopkins hasn’t had this big of a recruit since Amir Coffey graduated and chose the Gophers as his next place to play basketball. Nnaji is gaining interest and if he has a big year, it won’t stop here.