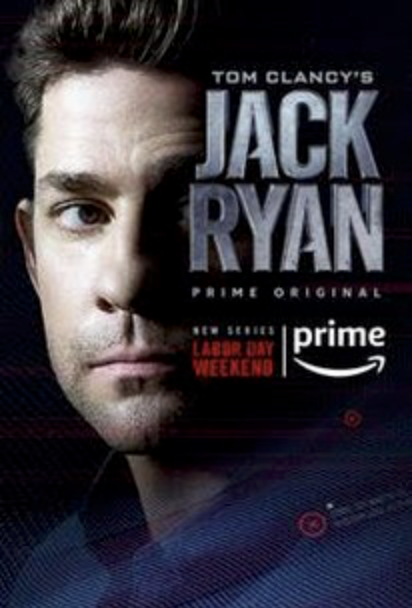 Have you ever watched an episode of “The Office” and thought, “Yeah this is good, but it’d be much better if Jim was a CIA officer and instead of pranking Dwight he hunted down a terrorist mastermind,”? Amazon’s new series “Jack Ryan” may not scratch that itch exactly, but it’s by far the closest we’re going to get.

Based on a character created by author Tom Clancy, John Krasinski stars as Jack Ryan, a CIA analyst on the trail of a dangerous terrorist. Many will recognize Krasinski from his role as Jim on “The Office”, where he was infamous for his deadpan looks into the camera. He has also received high praise for his directorial debut “A Quiet Place” earlier this year.  The 8-episode first season of “Jack Ryan” dropped on Amazon at the end of August.

The show is overall entertaining and worth watching for any fans of action thrillers, but it falls flat in certain areas. My biggest complaint of this show is also probably the best thing the show has going for it: that almost every character in the series is more interesting than the titular Jack Ryan. I was far more engaged during scenes with the main antagonist or side characters than I was in scenes with Krasinski. His character is athletic, brilliant, and completely altruistic, but those characteristics don’t make for a very compelling character. Show me someone flawed, not someone who can answer every single Jeopardy question (which Jack Ryan does, in the first episode).

Conversely, this gives side characters and antagonists room to grow. The strongest parts were scenes starring characters who are barely even related to the main plot of the show.

The show is otherwise strengthened by a gripping plot and grounded action sequences. It’s enthralling to watch the terrorist cell remain one step ahead of the good guys at every turn, and Krasinski shines best when he’s just in an office looking for clues to stop the bad guys. He has had plenty of practice with being in an office though.

I found the finale to be highly unsatisfying. What was supposed to be the climax of the season ultimately lacked high stakes, and did a poor job of building tension. The show has solid points throughout, and I recommend it if you are looking for something exciting to watch. However, if you want this to be the new “24” or a classic hit, look elsewhere.