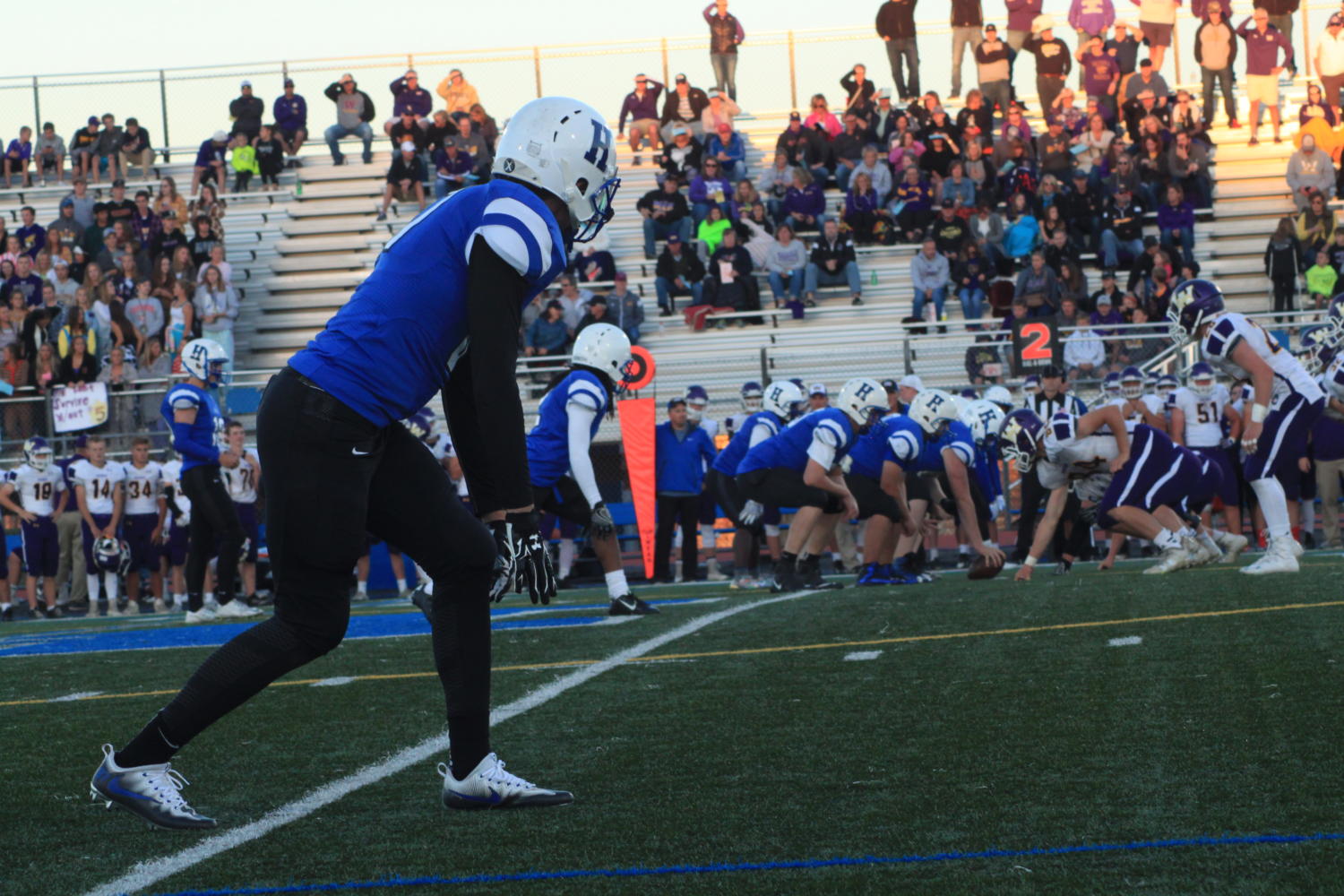 The HHS squad lines up for a play in formation. The royals open up the season on Aug. 30th at home against Apple Valley.

After going 1-7 in the regular season and then eventually losing in the first round of sections to St. Michael-Albertville, the Hopkins High School football team got a major boost to the coaching staff.

Harris, 29, was an undrafted free agent who signed with the San Diego(now Los Angeles) Chargers. He attended UCLA and signed with the Vikings in 2014 before he had to retire because of a brain ailment.

This isn’t Harris’ first time coaching at HHS. Last season he was a volunteer for the boys basketball team and helped them get to a 23-1 record before losing to Wayzata in the section championship game.

“I was on D-Line until Coach Harris was the one that wanted me to play O-Line,” said Gabriel Hicks-Stohl, junior. “The main reason I like him is because he honestly knows what he is doing. He has the best experience of any coach that I have worked with, which makes me a much better player.”

The Royals football schedule has been announced and they host Apple Valley on Aug 30 at 7pm.  Other home games include Sep 14 against Armstrong, homecoming vs Chanhassen on Sep 28, as well as senior night in the season finale as they face off against Coon Rapids on Oct 17.

Coming off a challenging year which saw only one win, Harris is sure to help out the Royals and their quest back to state.