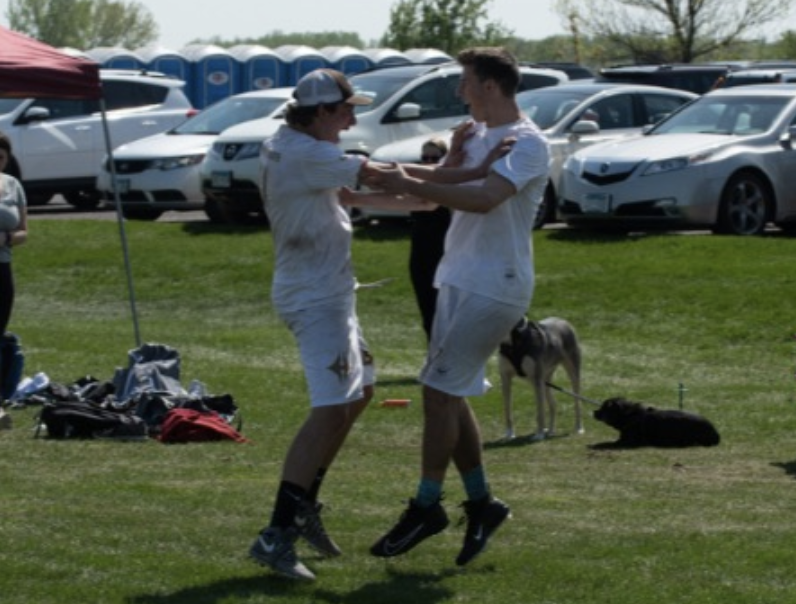 This season Hansen got the call up from the Junior Varsity team to the Varsity team. He plays the position of cutter which is someone who runs out for long throws and mostly catches the frisbee.

Hansen has been playing Ultimate since ninth grade. He joined ultimate because he had friends playing.

“I joined HURT because I loved that they had lots of team spirit and they were a very talented team. I also had plenty of friends playing who encouraged me to join. In addition, ultimate frisbee fit my persona of athleticism with lots of jumping and fast running so I figured I could be good at it,” Hansen said

Hansen and the rest of the HURT team will look to try to win the State title for the third time in six years. The HURT team has had lots of talent throughout the years and look to repeat their accomplishments.

HURT is going into another state tournament this weekend. They will be playing at the Blaine National Sports Center throughout the entire weekend. They will have three pool play games on Saturday and then elimination games start on Sunday.

Hansen going into the tournament has many goals he hopes to achieve to help contribute to the success of the HURT team.

“I want to contribute on offense and defense by scoring points and making defensive plays. I will try to not drop any discs. I also just want to win state and hopefully beat Edina,” Hansen said.

Hansen also has experience on the Minnesota Superior ultimate team. It’s a summer league that plays in a national tournament to help develop players for their high school season. Hansen will be playing his third year this year on the U20 A-team.

“I love the sport of ultimate frisbee and hope to help contribute further for HURT. I also hope to continue to play in college,” Hansen said.