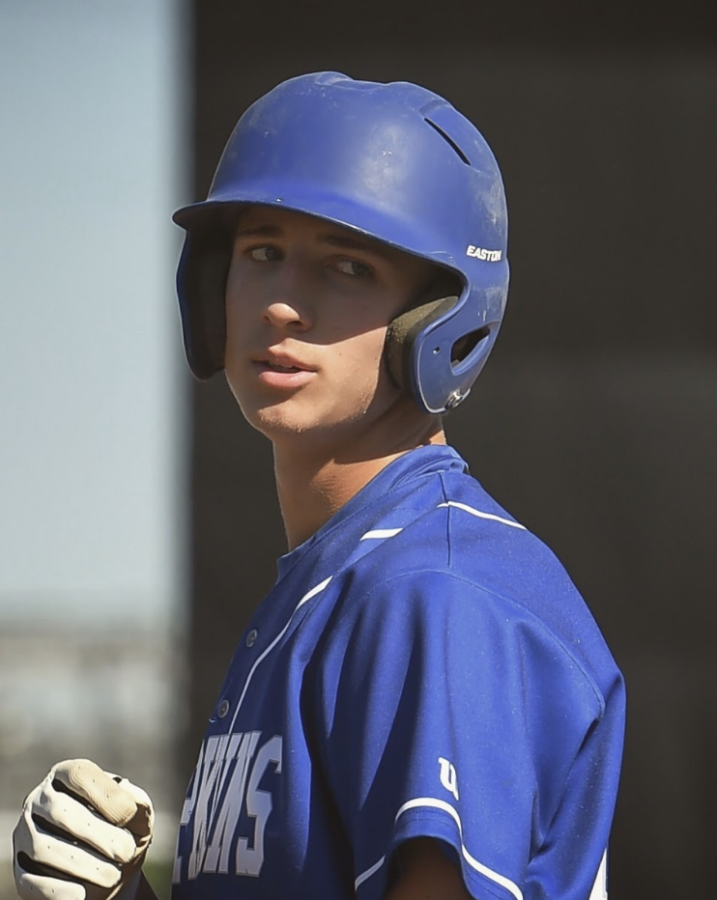 Bobby Wilson, senior, looks back after getting hit. Wilson is excited to get going and compete in Lake Conference games.

Bobby Wilson, senior, is a two-sport varsity athlete at HHS. He plays goalie for the Royals hockey team and plays third base and is also the captain for the baseball team.

“My current coach, Jason Mihalakis, will be a coach I won’t forget,” Wilson said. “He has helped so many players individually and continues to bring the program together as a whole in such a short time.”

“I think [Wilson’s] biggest strength is his consistency,” Auth said. “Whether in the field or at the plate, you can always count on Bobby to get the job done.”

Over his long baseball career, Wilson has one specific memory that sticks to him. In 2016, he was able to win the Junior Legion State Title. Wilson also had many memories of his travel years at Big Willow, but, they were never able to win a state title in their runs.

Though Wilson is usually a third basemen, he sometimes gets the opportunity to pitch in games. Last season he appeared in five games and pitched a total of 10 and a third inning with five runs, five earned. At the plates, Wilson had 15 hits with a .312 batting average, according to mnbaseballhub.

Last year the Royals got knocked out against the Wayzata Trojans in the sections final and failed to make state.

“I’m the most excited for playing the Lake Conference teams. We are good enough to really compete with all of them this year,” Wilson said.

Wilson and the Royals season hasn’t been able to get started yet due to this late winter snowfall, but are ready and excited for the season to start.