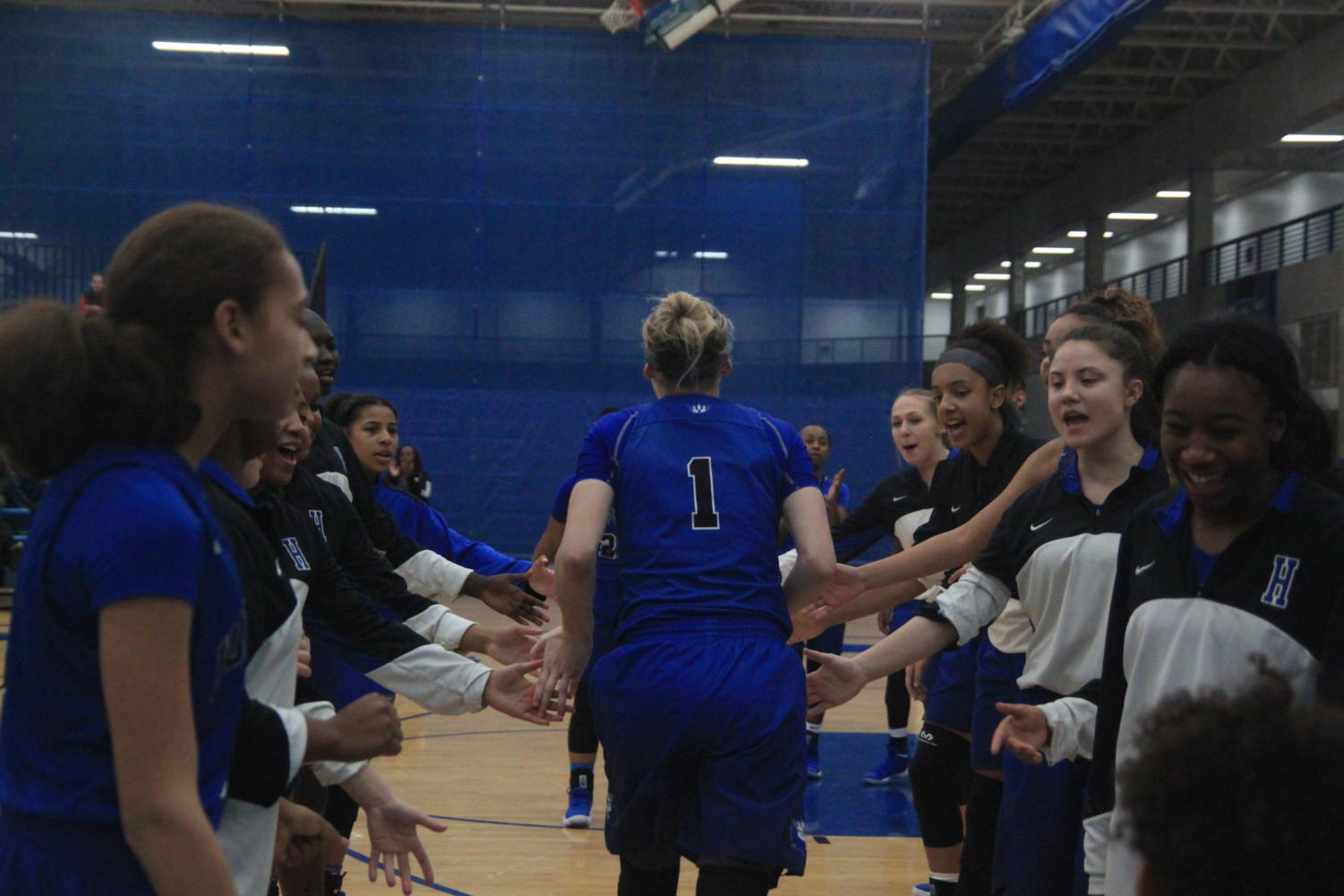 Paige Bueckers, sophomore, runs through the tunnel of teammates as she enters the court at Lindbergh Center. (Isaac Richert)

Paige Bueckers, sophomore, runs through the tunnel of teammates as she enters the court at Lindbergh Center.

After she led the HHS Royals to a 23-3 record in the regular season, Bueckers and the Royals coasted through the section playoffs.  The Royals are playing in the State Championship against the undefeated Eastview Lighting March 18, at 8 p.m. at Target Center.

Not only has she won the Star Tribune Metro Player of the Year (MPOY), she was also the point guard for the Minnesota All-State first team in girls basketball.

“It’s a great honor, I didn’t know I was going to be the Metro Player of the Year, because I’m a sophomore.  It’s a really good accomplishment for me and I’m very proud of myself,” Bueckers said.

Bueckers stat line for the regular season was 22.7 points, 7.7 assists, 5.9 rebounds, and an incredible 4.3 steals per game.

Bueckers is the second HHS student to win the award, following professional WNBA player, Nia Coffey in 2014. Coffey was drafted by the Las Vegas Aces last year after a four year career playing division one basketball at Northwestern University.

“It’s really cool because I look up to [Coffey], and she was not only a great player but a person too, and to be able to follow in her footsteps is a great thing,” Bueckers said.