Girls basketball takes on Washburn in the first round of sections 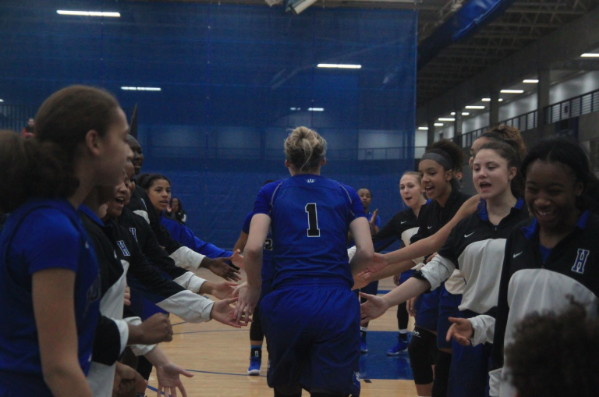 The HHS Royals girls basketball team ended their regular season with a 23-3 record, and a three game win streak.

The first game of the section playoffs for the Royals is against Minneapolis Washburn.  Washburn ended the season with a 7-16 regular season record.  Washburn’s highest scorer is Kesha White, averaging 12.1 points per game (PPG).

For the last few games of the season, the Royals put a lot of their focus on playing better defense.

“We’re working on a lot of defense, and not focusing on what games we won this year and focus more on where we are now.” Raena Suggs, senior.

The Royals are trying to make themselves as united as they can possibly be to take this momentum into the playoffs.  They look to change from what happened last year, after losing in the state championship game.

“We’re focusing on making ourselves better as a team, rather than trying to predict what they’re going to do.” said Suggs.

With this first game, the Royals intend to take control of the section playoffs and win state this year.

The game is at Lindbergh Center tonight at 7:00 pm.