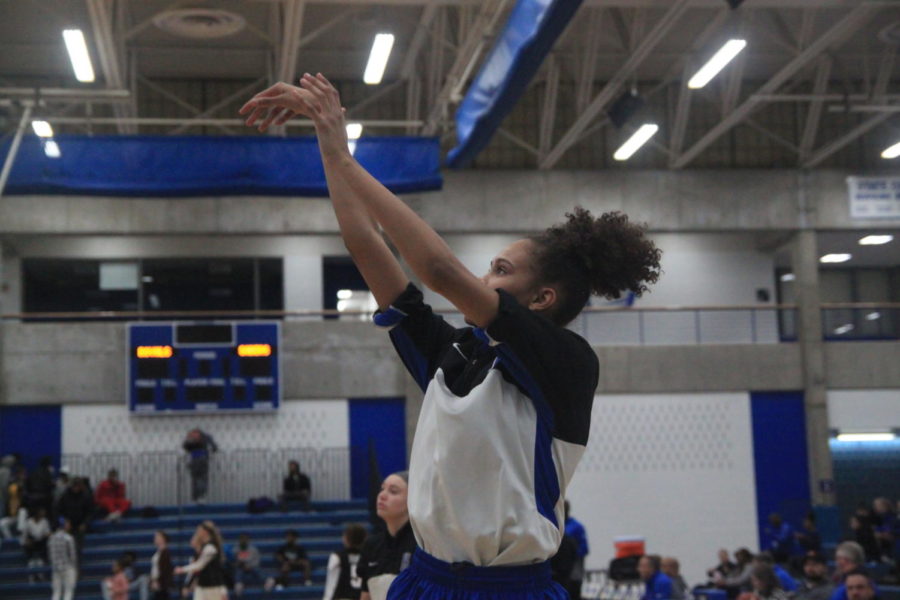 The Royals girls basketball team looks to face off against 6-12 Bemidji Lumberjacks.  Heading into their third game without top player, Paige Bueckers, sophomore.

Having Bueckers injured does not stop the Royals from dominating on the court.  Without Buekers, the Royals are 2-0 and outscoring opponents by 41 points. Including a victory over Minneapolis North by 33.

During the absence of Bueckers, Dlayla Chakolis, junior, has stepped up, scoring 19 and 20 points in both games, respectively.

“It’s been tough without her because she’s such a key player to this team.  We’ve had to adjust to her not being on the court which has been hard at times, but for the most part we’ve produced as a team.  That just means the next man is up.  When someone valuable to a team gets hurt, that means that everyone has to step their game up,” Chakolis said.

Despite the injury to Bueckers, the Royals are still second in the state, behind an undefeated Wayzata team.  Having a relatively easy schedule will help until Bueckers returns, not facing a single top 10 ranked team.

Chakolis is now stepping into a bigger leadership role on the team.

“I’m happy and I honestly felt like I had to take that apron myself [about a bigger leadership role], and be a leader that the team needs.  Just doing the little things like communicate and helping everyone is a step in the right direction for me.  Whatever I have to do to help the team accomplish our goal then that’s what I’m going to do,” Chakolis said.

The Royals are now 17-2, hoping to ride the momentum of a three game winning streak for the remaining seven games of the season.  On the other hand the Lumberjacks are currently on a three game losing streak.

The Royals hope to continue their winning streak while handing the Lumberjacks their fourth straight lose tonight at Bemidji High School.